Who Is The Fairy, Really? 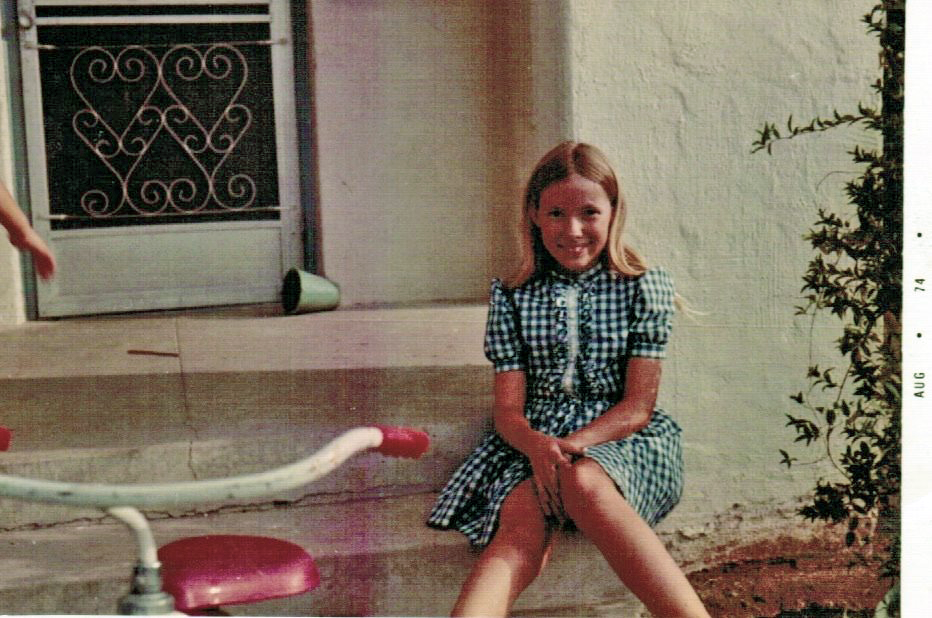 My name is Anna Runkle. I’m not a doctor or therapist; I’m just someone who grew up with several alcoholics in the family and all the problems that tend to go with that — broken cars in the yard, welfare, emotional neglect, molest-y relatives, self-esteem problems, precocious sexuality, violence-prone Thanksgivings… the usual stuff.

I was a resilient kid, but in my teens I started acting out and by the time I was 30, I had some real problems. I had friends but had a hard time connecting with people. I was stressed out all the time and had a lot of little health problems (and later some big health problems). I saw a therapist for depression and anxiety but I only got more depressed (and more angry). Relationships always turned dramatic, and tended to leave me emotionally devastated. I spent a lot of time either upset or on a kind of auto-pilot.

I didn’t know then that what I had was Childhood PTSD. This is an informal term for Chronic PTSD or CPTSD, which is a little different than regular PTSD, or post traumatic stress disorder — you can learn more about definitions on my page “Do You Have Childhood PTSD?”

My Childhood PTSD became obvious one day in 1994 when I was attacked on the street, and was knocked unconscious. My injuries healed but I could not focus my mind enough to read or use the phone for several months. I had panic attacks and depression, and began falling into an emotional abyss. In the nick of time, I was shown a particular daily practice of writing and meditating that immediately made me feel better. Over the last 25 years I’ve shown this technique to thousands of people, in person and online, who seemed to suffer similarly to me, though none of us had a name for it before.

Now we do. New research is awakening the mental health and medical fields to the long term effects of early trauma. My writing is not just about the science, but about all I’ve learned (and keep learning) about the peculiar nature of trauma — the thought patterns and symptoms that go with it, and the recent research findings that explain how trauma is causally related to so many other things in life.

These breakthroughs explain so much — why therapy never fully helped me, why I seem like I don’t have feelings when I’m the most upset, why it was so hard for me to quit smoking, why unhealthy relationships are the hardest to leave, and why (probably) I used to suffer from asthma, migraines, back pain — as well as two autoimmune disorders that I will always have.

Growing up in a traumatized family is a kind of a culture, a mindset, a tribe. All my life, I’ve been drawn to others like me, and these days, sharing my experience and all I’ve learned to recover is such a huge part of my life, I decided it was time to go public. So here we are.

If you think you were affected by childhood trauma, I can definitely show you strategies that help you heal. Part of it is just brain training. Parts are emotional, physical and spiritual. And the biggest part of it is simply learning the rules for acting like a mature, considerate, temperate, capable human being, doing things that maybe you never had the chance to learn from your family.

The thing about PTSD is that hardly anyone recognizes it. Even experts are usually wrong about it, and a lot of well-intentioned treatments don’t help much. But I have found what does help. It is my urgent desire to share it with you.

Believe me: I’m still at the effect of PTSD at times. I still get slightly alienated around normal people. I still collapse and overreact to certain triggers — some understandable (like getting yelled at) and some mysterious (like getting a haircut). I still have a very morbid sense of humor and take pictures of roadkill more than I should. But I enjoy a happy family life with my husband and two sons. Being the Crappy Childhood Fairy keeps me happily busy, helping change the paradigm on what’s possible for survivors of trauma, and assisting people who themselves are getting free of their own crappy childhood.

Send an inquiry by submitting the form below.

A note – Due to the high volume of requests for help and advice, Anna is not able to personally answer all mails as quickly or fully as she’d like. Thanks for your patience.

If you’re in danger, or if you’re thinking of hurting yourself, please read this.