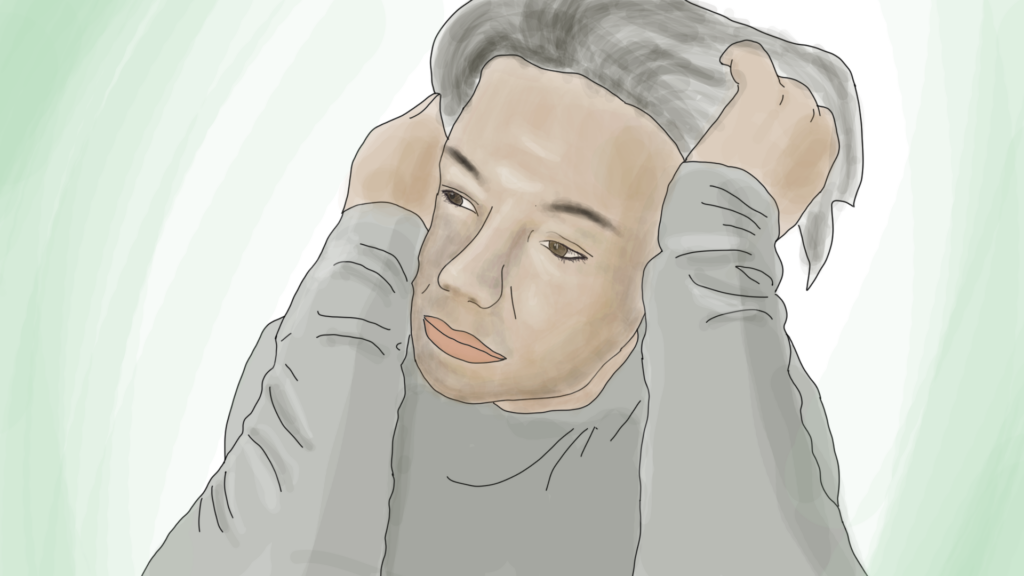 Most people with Complex PTSD symptoms from childhood blame themselves. You may have spent your life believing you’re bad, incompetent or broken – that it’s “just you.”

Learning that CPTSD is “a thing” and that your symptoms are normal and common can come as a huge relief. The problems you’ve had suddenly make sense. They follow a pattern that’s normal for people who grew up with abuse and neglect, and they’re not your fault. In fact, there is, at last, hope for healing.

If you’re not sure if you have CPTSD I can tell you what it looks like; this might come as a relief for you. Because if you have some of the 12 signs of complex PTSD that I’m about to describe, it means your symptoms follow a known pattern. They’re a normal response to abnormal conditions during childhood.

These are symptoms that many people don’t realize are connected with early trauma, but they might explain a lot about why you struggle. 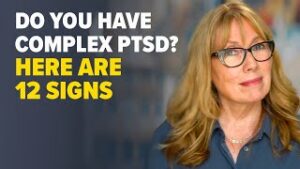 What is CPTSD? Complex Post-Traumatic Stress Disorder is similar to “regular” PTSD. But instead of an acute trauma experience, the cause is chronic exposure to extreme stress, usually via abuse and neglect in childhood – things like violence in the home, abandonment, growing up with an addicted or mentally ill parent, or a parent who has died or is in prison or who just left and never came back. You’ll hear me talk about “Childhood PTSD,” which is a colloquial term for Complex PTSD that starts in childhood.

1. You struggle with attention, memory or focus. These are symptoms that many people have, but they are also a common symptoms of complex PTSD, for both childdren and adults who were a abused or neglected as children. If this is you, you were probably shamed for not paying attention in school, as if it were a choice you made. Many people carry this shame into adulthood, but the fact is, trauma can cause brain changes that impact learning, memory and focus. These problems are normal for people who have been traumatized, and the symptoms can often be healed.

2. You tend to space out, or feel physically numb when you try to make big decisions, or talk about your feelings. This is a sign of what’s called dysregulation, and refers to both emotional dysregulation (which I’ll explain shortly) as well as nervous system dysregulation. It can develop in response to trauma, possibly as an injury to normal functioning (an injury that can be healed, by the way) and possibly also as a protective mechanism to guard a child’s developing brain from the potential harm of serious trauma. A child learns to shut down and close off the awareness of something too awful to face. This is an effective survival strategy for a kid, but a problem when it lasts into adulthood. When you’re in a crisis or in the process of making an important decision, you need the power of reasoning. This can be lost when you’re dysregulated, and researchers can see this in MRIs and brain scans! When you’re stressed, brain waves and vital signs go out of their normal synchronous patterns and get “out of sync,”  discordant, a little like a dog walking on the keys of a piano. That’s kind of what it feels like to be dysregulated, right? Numb, discombobulated, flustered, irritated. Do you have that sometimes when something triggers you?

3. You have trouble regulating intense emotions, with outbursts of sadness or anger that seem appropriate.  CPTSD isn’t the only reason people get emotionally dysregulated but it’s very, very common. With emotional dysregulation, you’re going along and something triggers you. Usually it’s something along the lines of criticism, rejection, being judged, left out, pressured to hurry, or in some way stressed. For people who were traumatized as kids, when they’re stressed as adults, there’s a very common response in the right front cortex where emotions are activated and instead of the left front cortex being activated alongside it (this is where reasoning is supposed to kick in and help mitigate that emotional reaction) that left side is actually suppressed. So reasoning goes down and emotions go up, and you get an overreaction. It can happen with anger, it can happen with excitement, and it can happen with intense experiences like falling in love. The emotions are going up and up, unchecked, and it can be hard to bring them back down. Or, sometimes, after a big upset, it’s hard to feel anything. Your emotions spike, and then “flatline.: You feel like the world’s coming to an end, and then you feel nothing. And of course, for the people who love you this can feel unreasonable and crazy-making, and lead to arguments.

4. You have more than your share of conflict with family, friends and co-workers. Dysregulation can aggravate ordinary conflicts, and if you grew up without proper role models or and weren’t parented properly, ordinary conflicts can get blown way out of proportion. It’s a big reason why relationships with traumatized people so often get damaged and fall apart. It makes for a very painful way of life, full of loss and hurt, and many of us end up afraid to get involved with people at all, we’re so afraid we’ll screw things up.

5. You find yourself avoiding social engagements because being around people is just too triggering. You may consciously avoid making friends or joining groups or dating, or maybe you do these things, but you hold yourself at arm’s length. Either way, this is why so many people with CPTSD feel alone and isolated, even when they’re with people, even when people are trying to help them or love them. It’s also why many traumatized people give up on socializing and opt to live in isolation as the only way to feel peace. (Isolation isn’t the only way to cope with this sensitivity: In my courses I teach people how to calm “people triggers” and allow your life to heal and grow.)

6. The fear of abandonment, or of being alone, cause you to stay in negative relationships. This is one way you may have thrown away years of your life – staying long past when you wanted to leave a relationship, but the thought of leaving was unbearable. The depression and panic that tend to rise up around endings is so harsh for people with CPTSD we’ll do practically anything to avoid it. And this is complicated by the fact that we so often choose impossible people to be our friends and partners.

7. You find yourself attracted to unavailable, destructive or abusive people. This is not happening because you’re a bad person, but because your ability to discern who is an appropriate or trustworthy person is diminished by dysregulation. Getting close to people causes stress, stress causes dysregulation, dysregulation causes that poor judgment that then causes you to attach you to people who don’t care about you, or who can’t love you. This is how trauma so easily gets passed on through the generations. You might be intensely hard on yourself when you look back and see the choices you’ve made. But it’s a stretch to call this a choice, because CPTSD can trigger such unconsciousness and dysregulated thinking that it’s very normal to not realize anything’s wrong until well into relationships.

8. You have you suffered with depression, anxiety or other mental health problems. These are well-known to be associated with trauma.

9. You smoke cigarettes, or use food, alcohol or drugs in an addictive way. In the short term, these are regulating, and they help soothe intense emotional dysregulation for a short time, even though they lead to even more dysregulation.

10. You’re overweight, or you struggle with overeating.  Early trauma can alter your metabolism and the hormones that govern appetite and craving, which may help explain why so many traumatized people have trouble around certain foods, or with stopping eating even when we’ve had enough.

11. You have unexplained health problems that seem to have no clear cause. I teach you more about this in my course, Healing Childhood PTSD, but early trauma is closely correlated with a higher incidence of everything from migraines and immune problems to diabetes, heart disease and cancer. If your physical health is affected today because of your trauma reactions, that’s just one more reason to take your healing seriously and to take smart, self-loving action.

12. You feel that you are unexplainably separate from other people and groups. Many people traumatized as children continue to feel separate, disconnected, and alone. It’s not your fault. Disruptions during brain development may play a role, as well as emotional wounds. But the good news is, while CPTSD is not technically curable, you can learn to heal the symptoms.

Access ALL my courses when you become an ANNUAL MEMBER. Register here.

Find a course to help you get started. ALL COURSES.

Learn the calming techniques I describe in my free course THE DAILY PRACTICE.

Has childhood trauma hurt your romantic relationships? TAKE THE QUIZ.

NEED ONLINE THERAPY?  BetterHelp can connect you with a licensed, online counselor. Click here to learn more and get started.  I receive commissions on referrals & recommend services I know and trust.