How People Can Tell You Have Low Self-Esteem 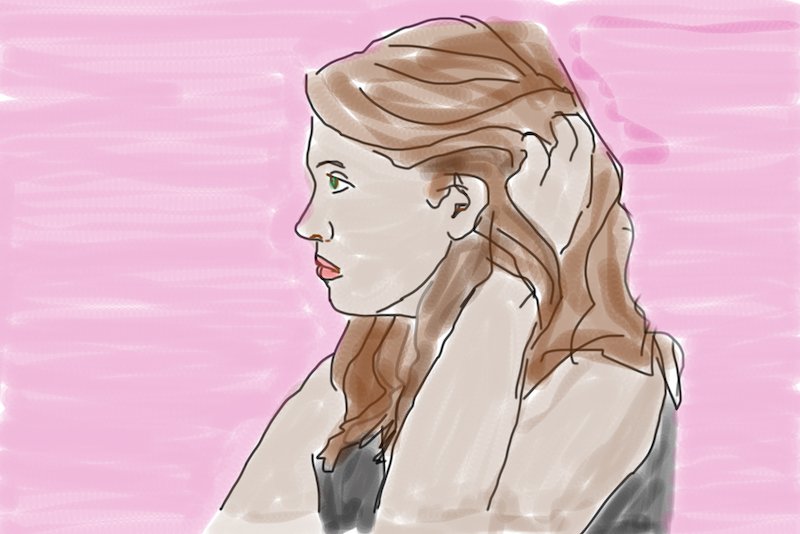 When you live with low self-esteem, you give off “that vibe.”  Other people can sense it, and this complicates your ability to bring into your life the good people who would actually help you develop good self-esteem.

It’s a Catch-22: Feeling badly about yourself has the unfortunate effect of pushing those good people away, and that in turn makes it harder to heal.

This is why a history of trauma from your childhood seems sometimes to generate what others perceive as a dark cloud around you. The effects of abuse and neglect can overtake and suppress the good parts of your personality.

I call it the underdog effect. It’s like an identity. It can block your ability to connect with people and it can stop your healing cold, right when you need healing the most.

Some people call this a vibe or “bad energy” but in reality, the underdog effect is a set of nonverbal signals that you communicate to other people, usually without any awareness you’re doing it. Whether you intend to or not, you are telling people about your inner state. And if you’re feeling like you hate yourself, or that you don’t belong, or that people are against you — people will sense that when they’re around you. It’s not through mind reading, but because you’re showing them with your words, your facial expression, your body language, the way you dress, your posture, and the way you respond to things (or don’t respond).

You can sense the underdog effect in other people too, even when they’re acting like “everything’s fine.” You can also sense this in animals; have you ever met a dog who was abused in the past, and when you reach out a friendly hand, the dog cowers and trembles, even while wagging its tail. People do this.

Your version of “cower and tremble” might be when you think “Oh, no, I don’t know what it was, but I must have done something inappropriate and I’m ashamed! I better smile and like everything’s great!”

When I used to do that myself, I’d be ashamed for being ashamed. I’d try to cover it by acting really tough or cocky or funny, or just, focusing on myself too much. No matter how I tried to act confident, when I couldn’t really accept myself, I drove people away. I was acting weird.

And that’s the way Childhood PTSD can trigger a downward spiral in your confidence. When you’re lonely, it makes you lonelier. When you’re having a hard time, it makes everything harder.

So what can you do to stop playing the underdog? I’m going to show you how to make it stop so that you can get back on your feet and connect with people again and start taking positive actions again, toward your healing.

The Black Cloud: Where It Comes From

The problem begins with harsh events in your life that started in childhood — things like neglect or abuse that came from people you trusted. You probably had some good experiences too, but if the bad stuff is big enough, it can get stuck in your idea of yourself — your self-concept — and this can carry on for years or decades past the original hurt.

I hear a lot from people that they were bullied in school, or they were treated as “the weird kid.” Maybe they were gay around kids who were straight, or maybe they had come from another country and they were struggling to speak English. Maybe they were much poorer than the other kids. Childhood trauma comes from (and can cause) social exclusion. And this has a way of morphing into new ways of feeling (and being) left out, even in adulthood. You could end up in a hostile workplace, or in a relationship where your feelings are not treated as real or important.

If you stay in these demeaning situations, you run the risk of internalizing other people’s mistreatment. You can get so used to it that you don’t even know you’re doing it to yourself too.

And it doesn’t stop there. The unhealed wounds of the past can propel you into more wounding. Trauma begets trauma. And soon, even though you’re trying hard and you never want to make things worse for yourself, you’re bringing more problems into your life. For some people this becomes permanent.

But I’m here to tell you that the wounds of past trauma really can be healed. It might take a lot of focus and self-mastery, but the fact that you’ve come this far proves you’re strong!

It’s tempting to think you can’t change until someone else changes, but the change begins when you face the part of the problem that YOU have internalized. It’s YOU who has the power to change — not your parents, not anything in the past.

The Real Source of the Problem

Healing can ignite when you change. It can start with a change so small that you’re embarrassed to tell anybody, but this is how you lose the underdog effect. You take back your power from whatever happened to you and you start to change the things that are right in front of you. It’s astonishing how much you can heal your self-esteem by changing the problems in your life now. And this usually happens not in great, big, huge transformations, but in a lot of small steps taken over time.

If you could look back in time and you could see perfectly clearly, you’d see three things going on with the underdog effect. It’s a combination of bad habits, faulty decisions, and distorted perceptions.

And how can you change these? Not by going back in time, not by trying to get an apology from people who hurt you, because even if that happened, you’d still have your wounds. Even if the world changed so that these hurts never again happened to another kid, that would be great but you would still have the habits and the faulty decisions and the difficulties with clear perception that you have right now.

Other people don’t actually hold the key to healing your self-esteem. They can influence you, but you hold the key. Now, maybe you disagree with that. But in the program I teach in my courses and coaching programs, we take the focus inward. We search out the things that we’re doing that hold us down, because yes, we can change those things.

Often, changing small things in ourselves is enough to cause big wonderful changes in our lives.

Let’s take the example of being late for work. That’s a bad habit, and if it’s happening consistently, it’s not an accident, but a decision. Assuming you want to keep your job, chronic lateness is a faulty decision — or a whole series of faulty decisions to get up late, to delay getting ready until the last minute, or to let yourself get distracted from the task of getting ready. Anything you do that predictably risks that I’ll be late is a faulty decision.

Past Trauma Damages Your Ability to Predict Bad Consequences

We know from recent research that people who had trauma in childhood are often challenged to assess the risk involved in bad decisions. Neurologically, stress can bring on a temporary impairment of the ability to gauge the potential consequences of, for example, miscalculating the time it takes to get to work.

You can literally see this on an MRI — When a person with childhood trauma is stressed, the left front cortex has less activity. That’s where reasoning happens and the right front cortex, which is where emotions happen, gets more active. We wake up, we feel hurried, and that’s stressful.

But then our perception distorts. We make a faulty decision about when to leave the house. We are now late, which brings on more stress and the negative cycle starts again: Distorted perception, faulty decision, bad habit

Our distorted perception can make it hard to tell the difference between something happening TO us, and a problem that WE are generating. We rage at the traffic, we resent the bus, or we feel judged by other people who gave us a look when we walked in late.

However it plays out, the end result is that we feel bad about ourselves. We feel low self-esteem, confusion, and distrust of our perception at that same time. That is the underdog effect. That’s what makes all other dilemmas confusing. That’s how we generate that cloud around us. It feels negative to other people.

It’s easy to say society should change, or there should be better treatments for trauma-related symptoms. That’s all true, and it would be wonderful. But here in present time, you have the immediate need to learn and to see more clearly, which means keeping both sides of your brain up and running and helping you perceive and respond to reality. You need to make healthy, rational decisions. Unlike some non-traumatized people, you may need to keep working on your habits every day.

This may sound like a lot of work, but it’s happy work with immediate payoffs. And it’s a heck of a lot easier than staying stuck in trauma symptoms or trying to change other people.

Just remember: Healing is possible. You can do this!  It’s OK that CPTSD makes you a little sensitive, a little quirky. The goal here is not to be like other people. It’s to be happy and useful and connected to others, so that you can be your real and wonderful self.

Ready to begin healing? This online course is a good place to start HEALING CHILDHOOD PTSD

You’ll find links to all my courses and coaching services HERE.