The Brutal Reality of Codependent Relationships 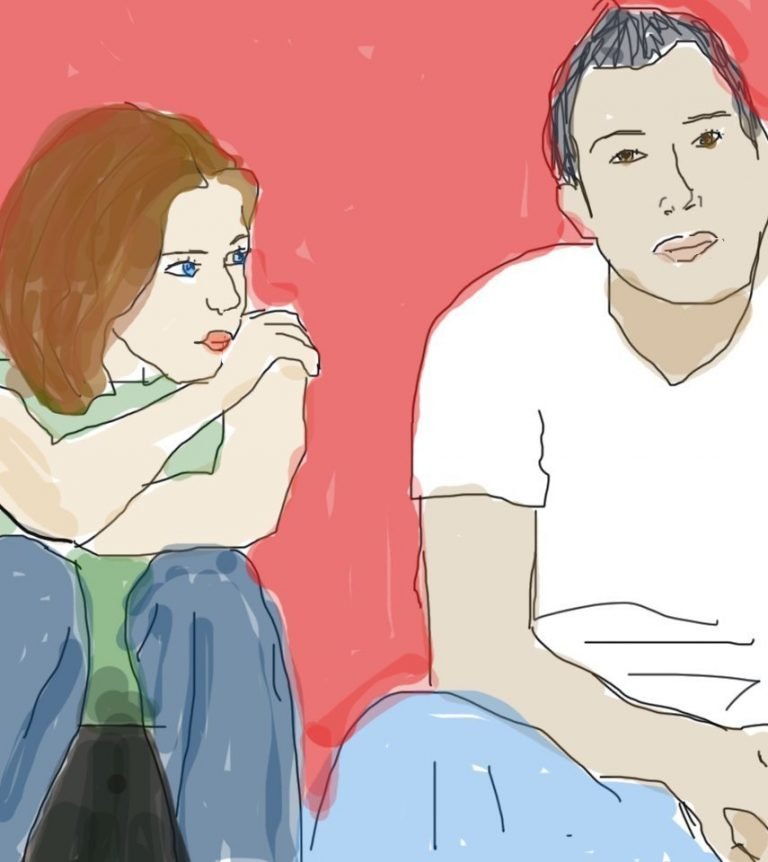 Some people have a hard time thinking of anyone but themselves, and it costs them a lot of friends.

Others are unwilling to think about themselves, and it costs them just about everything! Instead of having a healthy sense of their own strengths and weaknesses, codependent people are obsessed with what another person is thinking and doing, where they are succeeding and where they are failing.

I’ve heard about a dozen definitions of a codependent — they are too dependent, they get wrapped up with alcoholics, they’re people-pleasers – and those definitions might sometimes hold true. But I see codependency as a condition where a person has lost their sovereignty over themselves. They’ve lost the sense that they own and direct their own lives.

Codependent people too often shove their identity, hopes, and problems to the side in a vague cloud, and become overly focused on someone else’s problems or what they perceive the other person’s problems to be.

Those problems might not even exist, but codependents absolutely see the other person’s problem as an obstacle to their happiness. They think things like, “How can you not change when you know I need you to be this idea of how you should be?”

If you’re like most codependents, you’re probably worn out, broke, and lonely. You’re discovering that neglecting yourself while focusing on other people leads to unhappiness.

Usually, a lot of hurt and anger drive codependent behavior. The irony is that focusing on some idea of others is quite self-centered. Pressuring people to be like you, and imagining what they should be, is the opposite of being present with them and loving them. You don’t have to love them, but nagging and scolding them is not love. So often people with codependent tendencies, who were hurt by neglect and abuse, end up without love.

When they feel mistreated, a little loop kicks in and makes them distort what they’re seeing. They don’t think, “I don’t accept that!”

Instead, they think, “That person needs to change so that I don’t feel hurt.” Rather than accepting other people or setting a boundary and walking away from people who don’t meet their standards, they hold on tight. Leaving isn’t an option – and they keep pushing to convince the other person that they need to change. They think that it’s for the other person’s own good. They’re only trying to “help.”

If the other person won’t change, the codependent increases the pressure.

The pressure can escalate to shame, threats, and manipulation: “I’ll leave you! I’ll tell everyone what you did! I’ll hurt myself!” If you’ve been with them a while, you already know they don’t mean it. Sometimes people mean it, but that’s a different thing, and it’s usually not the codependents’ game.

Codependents are more likely to decline in later life because of stress, rage, and a lack of self-care.

They’re starved for self-care. Want a quick way to test self-care? Look in your underwear drawer. Is everything old, tattered, and ugly? That’s a lack of self-care. You can go down to Target and get six nice pairs for $10. The same goes for regular dental visits, paying your taxes on time, and keeping your car tidy if you have one. When those things are out of order – and a person is at the same time fixated on how another person, a group, the government, or their parents did them wrong – that could be the dark side of codependence. Parents might have done them wrong, but with codependents, it’s an obsession late in life. They can’t be expected to be happy unless someone else will change (even a person who hasn’t been alive for the last 20 years).

Codependents aren’t straightforward about their motives.

In fact, they rarely know their motives. They want to feel better, but they misunderstand what’s causing the pain. They have already learned that when they ask for you to change, it doesn’t go well. So, their criticisms are masked as little observations that you didn’t do what they feel you need to do. They’ll say it with a cheerful voice (be wary adults who talk like a baby!). They’ll deny that they’re pressuring you, but of course, we feel each other’s energy. You can feel criticism even when it’s disguised as a pleasantry. It can be crazy-making because they won’t admit to themselves that they’re criticizing. However, we have to understand the actual motive behind codependent behavior.

The motive for a codependent is to feel happier.

Despite this desire to be happier, they’re working with trauma wounds that give them a blind spot toward what can make them happy – developing themselves, and allowing relationships to form naturally with people who care about them. It’s sad, but they often go through life without ever experiencing that. Instead of forming happy relationships, codependents often attach instead to dysfunctional people. That offers the opportunity for that “fixer” engine to fire up, and this distracts them from all that’s missing in their life.

What’s often missing is love, connection, financial stability, a vision for their own future. They wait for another person to define that for them. If it’s not looking good from the outside, they can still use it as an opportunity to throw their energy into another person’s problems rather than their own.

They like to feel like the responsible one, the wise one, the poor, suffering one who holds everything together, even though people have almost never asked them to play this role. It’s how they find a substitute for meaning.

Codependents place huge importance on seeming to have it all together.

It often prevents them from connecting with people or asking for help when they need it. They find it hard to admit personal failures and worries – things most people feel from time to time.

They feel pain, but they’ll only see it as coming from something someone else did or failed to do. They have a hard time seeing that they signed up for their relationships; they will tend to feel like these relationships just happened to them.

It’s understandable how a person could develop this aversion to seeing themselves fully. Codependence starts in childhood, when external problems may have been so demanding that the person never focused on their own life. In a lot of cases, their parents neglected them badly or criticized them. They had to buffer themselves from those thoughts just to get through it. Then, like the rest of us, they need to undo those survival techniques because they get in the way.

Codependents often feel frustrated because they feel so ineffective. They don’t get people to change. Their life projects don’t turn out well.

But the tendency to place all that power in another person to make them happy can be so automatic and unquestioned that they do this to strangers, or to people they’ve been dating for a few weeks. It’s fun at first to try to fix somebody. There’s no bitterness yet – no anxiety. It’s like a fun project – like making a piñata.

Even when they see what they’re doing and want to stop, codependence can feel like a force of nature, always conforming the person and their relationships to the same patterns, like always choosing partners who have some limitation, so that the codependent gets to be their intermediary, teacher, or interpreter. They want to be helpful, but because they’re forcing a situation, rather than responding naturally to the occasional need for help that others have, codependents often end up feeling resentful and taken for granted. After all, they do so much more for the other person who doesn’t reciprocate and doesn’t appreciate it. They don’t see that this was their project. They weren’t asked. They’re the ones who wanted to be seen, and to feel like the hero – the one who understands, defends the underdog, and makes excuses for them. This gives a codependent a sense of purpose and identity that they were lacking – at least for a while. They didn’t have them when they were little and they can easily settle for something not as good now.

Like all forms of emotional and trauma healing, overcoming codependency requires the capacity to honestly face what’s happening and to tolerate the unfolding of life in all the ways we can’t control. Is it someone else in your life the problem, or is it you? Do you want to change? Maybe now is the time when that healing can begin.

** Come to my LIVE, in-person workshops! Grab your tickets HERE. **

** Want coaching with me? My 12-Week program is accepting applications. More info HERE. **

You’ll find links to all my courses and coaching services HERE.