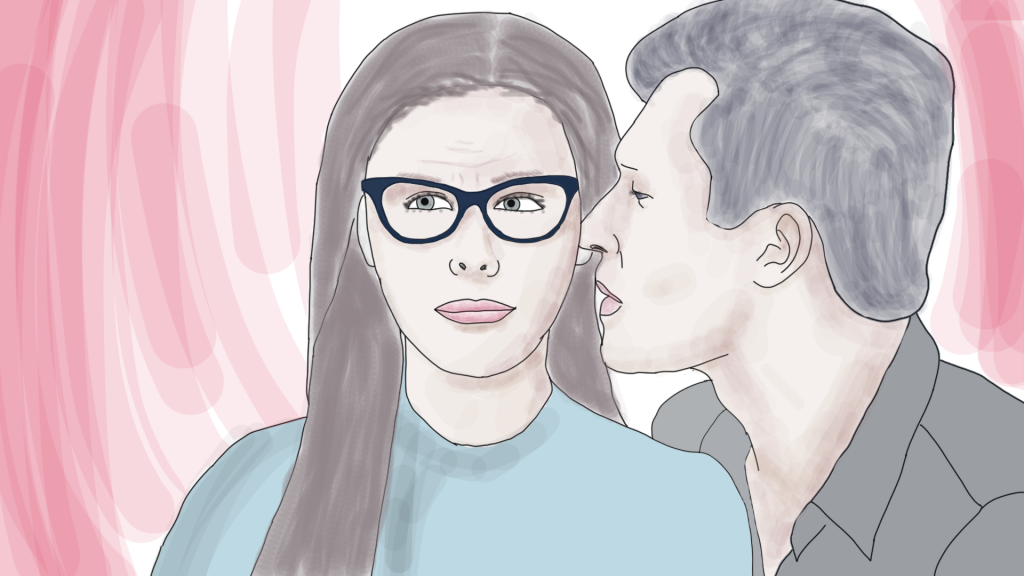 You’re not always aware of it when you’re getting trapped in the sticky web of a romantic manipulator. And it takes a while to hit you – usually after you’ve been knocked off the emotional roller coaster you were riding, where you were clinging until the relationship ended.

That’s when you realize that everything they said was designed to get you to trust them and open up because that gave them a feeling they liked — one of power, intensity, and “romance”. But once that feeling wears off for them, they’re done.

If you grew up with abuse and neglect, this is probably a dynamic in which you’ve found yourself more than once. Someone shows up in your life and wants you to jump all the way in with them, to get close, and then they start pushing you away and pressuring you to put up with it.

You can blame those people all you want, but if this is happening in your life, it’s not going to stop until you stop it. Stop giving them all the power to decide how to treat you. People with CPTSD lose their boundaries around mistreatment, usually because they were conditioned in childhood to pull close and then get pushed away, neglected, or criticized — and then to act like that was fine.

Being skilled in this way – putting up with bad treatment and pretending it’s ok – in turn, conditions you to put up with,  and even to feel attracted to romantic manipulators. You’ll find yourself giving more, trying to change yourself, living with a constant level of fear and shame grinding you down because that’s what it’s like when manipulators are holding you at arm’s length, taking what they want, feeling no accountability, and somehow getting cooperation from you!

When you learn to recognize romantic manipulation, it takes all the magic out of it, and you see it for what it is – a big downward spiral that you’re not going to fall into anymore.

Here are ten things to listen for when dating someone.

How many times have you been accused of this, when someone you were in love with is sleeping with (or at least flirting) with other people? Jealousy is the natural emotion that rises up when you have a sexual and romantic bond with someone, and your heart’s desire is to just be with that person — to be monogamous.

Contrary to what romantic manipulators say, it’s OK to want and expect monogamy. You may have sold yourself short on what you want. Maybe you rushed into the relationship and you know intellectually you can’t make that kind of claim on another person — who you don’t really know and who hasn’t made that commitment to you. But when you find yourself feeling jealous, it doesn’t mean you’re crazy. It means the speed of getting into the relationship caused you to bond with that person before the relationship could support that kind of bond.

You might find yourself in a casual relationship or a friends-with-benefits arrangement because that’s what the other person wants, but it was never what you wanted. And to make that work for them, you collude with them to blame yourself for your jealous feelings. You try to deny those feelings and make yourself bad and wrong for having them.

You may think (as only a trauma kid can) that if you can destroy your need for real love, and have no expectations, somehow this person disrespecting you will realize at last that they love you!

Has that worked? No.

2. “Your expectations are unreasonable (or foolish, etc).”

This has to do with the toxic idea that there’s something wrong with having expectations. Manipulators tell you your expectations are ridiculous, uncool, too bourgeois, too “American” (or whatever the European version of that is), unenlightened, too female, or too male. They try to convince you to abandon your needs and values by putting you down.

3. “I already told you I’m dating someone else” (when they didn’t).

Romantic manipulators have this amazing talent for thinking they told you they were dating someone else, and blaming you for not hearing it. And to be honest, we can find it hard to hear what we don’t want to hear when we fall in love. Our trauma brain is determined to make it work no matter what.

I don’t believe romantic manipulators are necessarily scouting for people who will put up with them. They just act selfishly and are not totally honest, and if you’re still hanging on to them, they take that as consent to keep going.

Your trauma brain will believe that this hammer blow to your heart just came out of nowhere. It’ll look for rationalizations in order to believe there is still hope, they didn’t mean it, and maybe you are “too pedestrian and American” (or whatever) after all!.

You’ll attack yourself rather than see it. But the good thing about seeing how you’re complicit in treating yourself badly, is that when it’s you, it means you can change it. You can stop doing it.

4. “I never suggested those plans” (that they planned with you).

This is a variation on “I thought you knew I was dating someone else.” Anyone who bullshits you about big things you’re counting on, like plans that were made or whether they’re already in a relationship, is not good for you.

Romantic manipulators love to use new-age ideas to make you think that when you feel like something is a lie or morally wrong, or it’s just not sitting right with you, it’s really just you being spiritually unevolved. They do this by saying things like, “You’re just not being in the moment.” That’s what they pull out when you’re talking about a lie that happened in the past, or when you need to know what their intentions are.

You’re not in the moment because yes, you are in fact thinking of the big picture and trying to get information about whether it makes sense for you to be there. Don’t let them talk you out of allowing the past and the future to be subjects of conversation, because they’re real. That’s what real people need to talk about.

This comes up when you do that thing they hate, which is thinking. They hate it when you use your powers of reason to notice red flags! Deciding to follow your body’s cues (or more accurately — letting them have access to your body) requires serious thought.

When you hesitate to have casual sex, manipulators might also say “You’re overthinking it.” The real problem is more likely that they’re underthinking. Thinking is how you state boundaries. So remember: Thinking is OK.

When these very sophisticated historical anthropologists (who happen to be romantically manipulating you) will bring out this old trope, and usually pile on some more references to patriarchy, Americanness, religion, capitalism, blah blah blah.

What that actually means is that this person in front of you doesn’t want monogamy. Take them at face value. They are not monogamous. If monogamy is what you want, this is a good reason to get away from this person.

Platitudes can be useful to manipulators to disguise their intentions and interfere with your reasoning. Listen for statements that sound profound at first, but when you think about it, you can’t understand the meaning. Some examples are sayings like “It’s all good” and “It is what it is.” You might hear them when you ask an important question like “Did you sleep with someone else last night?.” Here’s a platitudinous response:  “Hey babe, you’re too much in your head.  Get in the moment, cause it’s all good, and anyway it is what it is!”

Don’t go into denial and be placated by platitudes. . Because it probably means yes, they did.

9. They re-explain your feelings to you

It may sound like, “Oh, you’re asking if I’m open to marriage but what you’re actually feeling is that your dad abandoned you when you were small, and you’re just putting this huge expectation on me that you’re going to get all your needs met by one person when people were never meant for that and anyway why can’t you just be cool?”

You want to know what’s cool?  It’s the fact that you know how to spot manipulation, and you don’t go along with it.

If anyone tells you that anything they’re doing that hurts you is really healing for you, don’t believe it. If you have abandonment wounds, you may have an overdeveloped ability to tolerate mistreatment, because leaving sounds too hard.

A manipulator is not a “mirror” and they’re not a “teacher.” You’re not here to learn a lesson from the universe. You’re getting manipulated by some man or woman who is now about to find out that it’s not going to work on you!

You are in charge of your life. You get to have boundaries that keep out time wasters and energy drainers, and anyone who wants to steal what’s good and beautiful in you, without giving anything back. Think of ALL the lovely space in your life where someone who loves you can come one day soon, and bring some happiness.

I receive commissions on referrals & recommend services I know and trust.