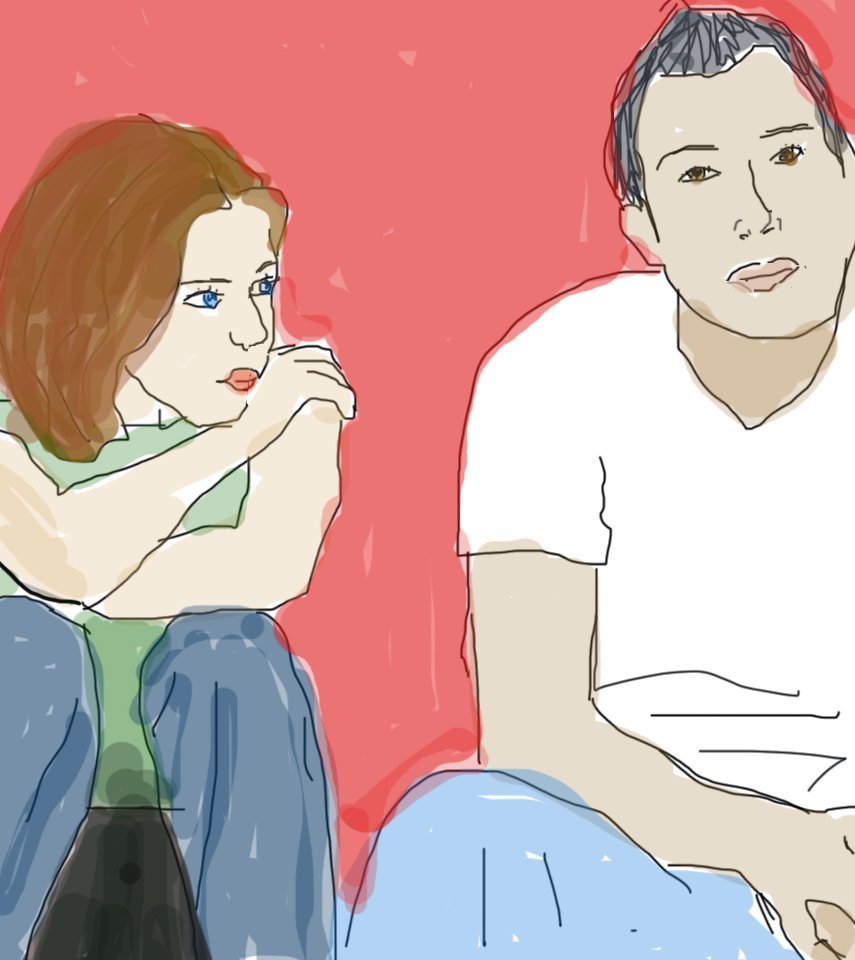 There’s one kind of romantic relationship that I wouldn’t wish on anyone — and that’s the kind that’s been made intense by a trauma bond. This another name for dynamic also known as “intermittent reinforcement, where one person gives intense affection and approval to the other person, and then alternates it with neglect, disapproval, abandonment or even abuse.

You would think this kind of emotional on/off torture — blowing hot and then cold to the point of cruelty — would it drive away prospective partners. It should signal major danger to anyone who actually wanted to be loved. But that’s exactly where people traumatized as kids are vulnerable. If that’s you, you probably recognize right away what I’m talking about — whether you had a name for it or not. And you’ve already noticed that when someone treated you like this — loving you, then turning cold and betraying you over and over again, it has an insidious power to hook your mind, to grab onto your heart and keep you obsessed and sad and feeling too messed up to get out.

Trauma bonding can, in theory, happen to anyone. In warfare it’s a form psychological manipulation used on prisoners of war to break them down and get them to abandon their loyalty to their own cause and to their own self-interest, and instead to become completely dedicated to serving their captors. It’s a terrible thing to do to a person, because it’s playing on deep wiring from infancy. It’s a survival tactic, to do whatever it takes to stay protected and connected to a parent, even if that parent is abusive. You can trip that wire in an adult, because in adulthood, clinging to a destructive relationship is purely maladaptive. It reminds me of the way mistreated animals stay loyal to abusive owners. It’s like an involuntary reflex.

When I was six years old I went to a little roadside attraction once, where they had chickens in wire cages, and you could put a coin in the slot and an electric current would run through the wires and make the chickens “dance” to a some tinny music that cranked out of a machine attached to the cage.. I’ll never forget that. I was totally charmed for 5 seconds, and then I asked my brother how they train chickens to do that, and he explained the electric shock. I was horrified to realize I had caused the chicken pain by putting my dime in the slot, and i couldn’t make it stop — that poor chicken jumping around in there.

Trauma bonding is like a groove in your psyche that can form in your childhood, when a parent (sometimes intentionally, but sometimes for reasons beyond their control) could only give love and attention to you some of the time. If they’re caught up in alcoholism or addiction, it’s very common to be super loving and then suddenly they’re totally out-of-it and even rageful or behaving dangerously, and then to sober up be SO sorry, and want to make it up to you.

Or… the extra sorry phase never comes. And a kid learns to hang on to every tiny sign that the parent loves them — every little crumb of praise or attention. And it very easily does long-lasting damage to a kids’ emotions and self-concept. And then when that kid grows up, it shows up as a high tolerance for the same kind of treatment from partners. It shows up as an attraction to unavailable people, as love addiction, as a willingness to stay and even an inability to leave abusive partners — and none of this is fulfilling. None of it is happy!

It’s a mental hook. It creates a sense of dread about losing the relationship that’s completely unrealistic. Except when someone is literally a captive, you could leave! But you don’t. There’s a compulsion in trauma bonding to keep trying and trying, that if you could just figure out the right words, the right behaviors, the right responses, you could win the love of this hot-and-cold person and the love would get switched on for good.

Now some of you watching this will have been through a trauma bond relationship with someone very dominating who did this to you. And some of you will have done this to another person. And it’s true there are people who study these tactics and do them on purpose, but I think 95 percent of the time it’s not anything planned out.  It’s a dynamic that develops between two people who have been conditioned in the past to have an intense emotional response to abandonment. Yes, there could be abuse and if you’re in an abusive relationship I’m going to tell you flat out to get out of it.

But here, I’m talking not about abuse per se, but about an unhealthy, unhappy dynamic when one partner isn’t reliable or committed or equally “into” the other, and the result for the other partner is to be hooked. The intense feeling of love and relief that comes rushing in when you’re allowed back into the arms of the abandoner feels like the greatest love of all time, but it’s not actually love. It’s a bug in the system, in your conditioned responses, that makes you hold on for dear life when you feel threatened with being rejected.

It feels like love, but it’s more like the dance of that chicken in the cage with electrified wires. It’s an involuntary response to a stimulus. In other words, if getting hooked in a trauma bond with someone blowing hot and cold has happened to you, it was involuntary. It’s not your fault. And I want you to get out of the shame and self-attack that you’ve maybe been carrying about these relationships — and there can be a lot of shame! You’ve been hooked on someone, and all your friends can see the person doesn’t treat you well. They tell you to leave, you know they’re right, but it feels impossible.

But here’s why I want you to be strong and to open up to learning some strategies to get free. Because for people with CPTSD, the more time we spend living on the emotional crumbs in a trauma bond, the harder it is to change. You’ll be driven to try, but you don’t want to get good at handling this lousy treatment. You want to be bad at it. You want to give voice to the part of you that still knows that this is NOT what you were meant for.

You were born to be loved. You are designed to thrive when you are safe and accepted and supported. If you’re in a relationship where you don’t have those things, then effectively you’re blocked from your full development. And so it’s SO important for you to heal and change that dynamic either by getting out of it, or no longer contributing to it. Because it takes two to be in a trauma bond. And if you’re not literally captive to someone, you’re the only one who can change the way you relate to that bond. It’s you. You’ve got to fight your attachment to the idea that somehow, the other person will change or someone else will come along to save you.

You’re going to save you. That’s the first thing to understand.

The second thing is to address the void in your life that makes the drama and loneliness of a trauma bond seem like something you’d want at all. If that’s happening for you, I’d wager that you’re also suffering from a lack of connection with other people in your life. Maybe you’re ashamed of your relationship and you’re hiding, or keeping people at arms length so they won’t judge you. But you need a friend or two. You need people whom you can TELL, whom you can be honest with about what you’re going through.

Just because you’re in a hard relationship doesn’t mean you have to leave! Sometimes just being connected with other people reduces the pressure on the relationship, reduces the need you have for that relationship to be everything for you. Sometimes that’s enough to produce a positive change in the dynamic.This is especially true when two people who love each other and want to be in a relationship are still trauma bonding in some degree by fighting and going through drama too much of the time — and even using those upsets to then trigger the happy reunion, the removal of the threat of break up and the restoration of harmony as mini kind of trauma bond in itself. A couple could go their whole life doing this, but if you have CPTSD, it’s going to create a constant pull backward on your healing progress. It’s, a constant trigger re-activating your dysregulation and trauma wounds. Peace is a better goal.

If you’re in a relationship you want to preserve, and you both want peace, you can reduce the drama by drawing a hard line against dramatic statements and threats to the future of the relationship. If you don’t threaten abandonment, you don’t get the high of the happy reunion — so get ready. It can feel “flat” at first. There’s a lot of communication that needs to happen instead, and it’ll take time, but you can start to strengthen your real bond, and not have it be so dependent on adrenaline and endorphins to feel real to you.

If you’re in a relationship where you’re genuinely not loved, though, and you’re aware the right thing really is to leave, then getting support from friends to make your transition out )as quietly and intentionally and as drama-free as possible) will help prevent a re-triggering of the trauma bond. Having friends and practicing your connection makes leaving much more doable — without friends it’s unthinkable. But with friends, you can envision a life where you’re going to be OK. You’ll have people to hang out with. Maybe a place to stay while you get your life sorted out.

A trauma bond is in many ways like a drug addiction, and there will be withdrawal. Strategies for a smooth exit are what I teach in my dating and relationships course — and also how to change your patterns and do the work to be ready for something lasting and real. I’ll put a link below so you can check that out if you’d like. You can learn to date differently, consciously next time, with clarity and support to NOT fall into your old pattern, and to not get involved with abusive or unavailable people.

Healing is possible: Feel that in your bones. A better life is possible for you, one where you’re safe and loved, and you deserve that. You’re meant for it.

Wondering where to start your healing? Register now for my online course HEALING CHILDHOOD PTSD.

You can register now for DATING AND RELATIONSHIPS For People with Childhood PTSD.

You can learn the calming techniques I mention in this article in this free online course: THE DAILY PRACTICE.