Why People Still Don’t TRUST You (Yet) 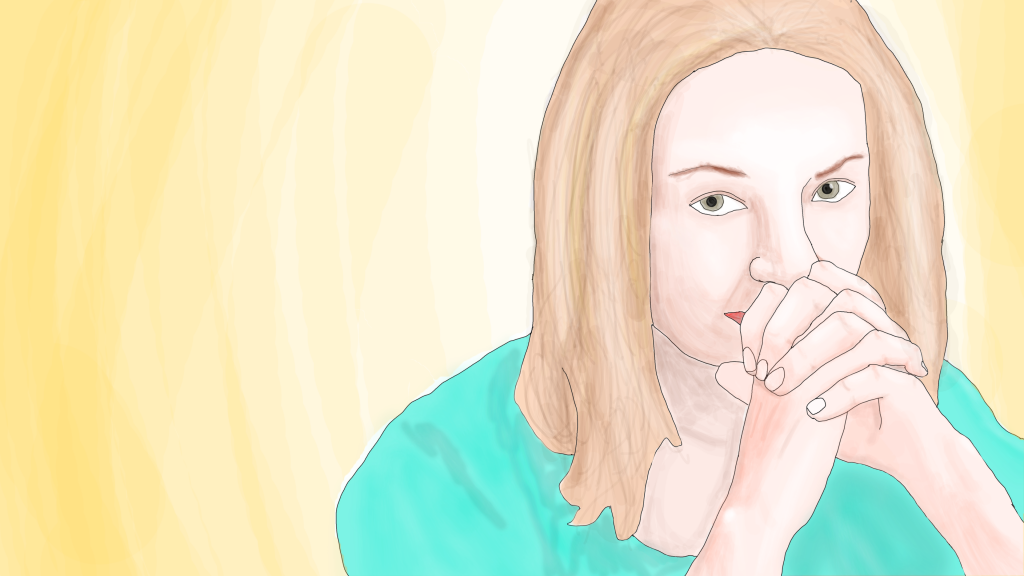 There is something unfair that happens when you’ve survived traumatic times. Even when the abuse wasn’t in any way your fault, people stop trusting you.

You get abused and they don’t trust you. And you might think this is just because they were horrible people who don’t understand — and sometimes they don’t… But when you look a little deeper, there are some very real signals you might be sending.

Living through trauma has a way of leaving scars on you that influence your perception, and they can sometimes harm your ability to connect with other people. And as a result — even though it’s not your intention at all and you’re not doing big harmful things to break trust — your trauma wounds may be causing you to signal to others that you’re not trustworthy.

If this has been happening to you — if you’ve been getting overlooked, passed over, criticised, left out or broken-up with– it’s possible there’s an issue with people trusting you. And one positive change you might be ready to make is to demonstrate your trustworthiness. The behaviors that might be undermining you and sending the wrong signals? You absolutely can change those by becoming aware of them. it might take time to get the hang of these changes and to win trust from other people, but as soon as you start working on this stuff, you’re going to feel more clarity and more integrity, and a growing sense of self-worth. You’re going to trust yourself more, because you’re undermining yourself less.

You don’t have to know exactly what’s wrong or how you got that way. It’s good to get the general idea, but you don’t have to do a forensic analysis to move forward with positive changes. You can just set a new high standard for yourself and a lot of other problems will work themselves out.

Stop blaming. I don’t just mean stop blaming other people or stop blaming yourself. I mean stop blaming all together. Does that mean you never look at who or what is responsible for bad things? No. But consider no longer telling stories about how you were wronged. Stop making an automatic connection between something bad that happened, and some shortcoming in your life. For example, saying you can’t improve one part of your life because a certain thing happened in the past. This isn’t necessarily true anymore. Yes, trauma affected us but it doesn’t define us forever. So Stop making assumptions about the cause and the effect of your problems.

If you want to do this really well, try refraining from labeling people with diagnoses as a way of saying they abused you, or that you find them impossible to deal with. If what you mean is that they attacked you, abused you, hurt you, offended you — say that. Be as specific as possible. But labeling them a psychopath or a narcissist — even if it’s true — can become a giant diversion that allows you to put the problem in a box, and remain blind to your own, present-day problems.

Who’s to blame? Is it your fault? Maybe. Is it your parents’ fault? Possibly. Is it  ]our partner’s fault? Could be.

Here’s the radical thing I’m telling you. For your healing, it doesn’t necessarily matter who started the problem. All your power lies in noticing that for you, there IS a problem. Whoever is to blame — the problem doesn’t care! The problem just sits there.  And 99% of the time the disturbance is within.

Now some of you will object and say “But so-and-so is abusive, and THEY are the disturbance.” But you are an autonomous adult. What compels you to be trapped with a person like that? Maybe that is your disturbance.

I know there are sometimes situations where a person truly has no choice but to be trapped with an abuser. But for adults, that’s very rare.

The disturbance is within. And almost everyone feels tempted to blame other people for their problems but you know who sees the truth? Everyone else!

Sure — sometimes people judge us harshly. But what do you feel like when you meet someone who does that — who doesn’t notice their own role in problems and instead keeps pointing fingers at, whomever — parents, politicians, women, men, this kind of person, that kind of person… How do YOU feel when people do that? Do you find them trustworthy? Probably not.

To trust people, we all look to see if people have a realistic sense of when something is their fault, when it’s someone else’s fault, and when it’s no one’s fault.

Don’t gloss over something that’s really bad. Think of someone who crashed their car, and says, “Oh yeah, by the way, I totalled my car.” And you say  “Wait, what? What happened? Was anyone hurt?” And they wave you off like it was no big deal. That doesn’t make them seem strong. It makes them seem out of touch with reality — dangerous, or like they’re hiding something. Obviously, people don’t trust that.

I remember once a friend of mine went to the supermarket with me, and we were buying things from the bins — you know the loose candies and nuts that they sell and you scoop them into a bag and then pay by the pound? And my friend mixed a bunch of things in a bag — some were $3 a pound, and some were $15 a pound, all mixed in the same bag. Which you can’t do — there’s no way to weigh it and price it fairly once you mix them. She knew that. I didn’t notice what she was doing until we were at the checkout counter together, and the checker was annoyed, and  asked her about this. My friend said she hadn’t realized they were different prices, but I knew she knew. And I really didn’t like being connected to what she was doing by virtue of standing there with her. The cashier gave her the lower price on all of it, but was not happy about it and told her not to do that in the future. Once we were outside, my friend actually criticized the cashier for saying that, like she had done something wrong. My friend glossed over what she had done. She was a lovely person — but when she did that I stopped trusting her.

Don’t exaggerate. This can be something really small, like saying politicians ALWAYS lie, or your partner NEVER listens to you. And it’s like really? They always lie? They never listen to you?  It’s so common to exaggerate like this but if you want to gain the trust of other people, these exaggerated statements don’t help. Instead, it helps to be specific, and to take care to say only things that are true.

Don’t make excuses. When you arrive 15 minutes late for a meeting, even if the reason was a traffic jam? Consider not walking into the room telling the story of the traffic jam. It’s an excuse. If you’re someone who barely ever walks in late you may have some trustworthiness “in the bank.” But if you’ve done this more than a time or two — even more than the fact that you’re late — making excuses for it is undermining people’s trust. Instead, you can just come in and sit down quickly and  say, “I’m very sorry I’m late.” And then give your full attention.

Don’t gossip.  As a general rule, you don’t want to say anything bad about anyone who isn’t in the room unless there’s an important reason. If someone needs to be charged with a crime — of course! Tell people. But if someone is just annoying you, be a trustworthy person and don’t risk damaging their reputation. Even if they did something wrong, and even if you’re mad (and I know, gossipping is fun! And it’s hard not to do). Even when a friend is enjoying what you’re saying about someone else, on some level, they know that you are someone who would talk about people who are not in the room. And they know that that means they could be next. So it’s best just to avoid that kind of talk altogether.

Don’t be contemptuous. Contempt is when you’re not just angry, but you think a person or a group is so worthless or beneath you that you feel OK about destroying them with words. One example of this is… basically everyone on Twitter!  It’s an ugly thing. It may get “Likes” from other contemptuous people who want someone to agree with their resentment,  but with most people it’s just going to make you seem, well… contemptuous. And that’s not a quality compatible with trustworthiness.

Listen to people. To build trust with someone you like and respect, pay special attention to things they are saying when they speak from the heart. When they’re telling you something that was hard for them, or expressing appreciation, listen to what they’re telling you. Let it in, and don’t be quick to tell a story that their situation reminds you of. Give your full attention so you can hear and understand and respond to the heart of what they are trying to communicate. Take your time when you listen. Be genuinely curious. When you do say something, start with something to demonstrate that you’re listening, or that you understand. most of us suffer at times because too few people in our lives really do this for us. To cultivate friendships with the people who do it well, do it for them. When you meet someone trustworthy, this is someone who can teach you, and you’ll learn by listening.

Be “the right amount of hard on yourself.” If you make mistakes — and if you’re out there living your life of course you’ll make mistakes —  don’t beat yourself up when you fall short, but do take time to think through the mistakes you make. See what you can learn from them, and apologize if necessary. When you make a mistake or offend someone — an appropriate apology (not a fake one like “I’m SORRY”, and not a groveling apology) can actually create more trust with the people in your life than if you never made mistakes. Never making mistakes means staying superficial. So get in there and get connected, and make friends with the idea of apologizing.
Be trustworthy.  This means always do what you say you will do. If you say “I’ll call you” then call them, even if it’s to say you don’t have time to talk, and do they have time tomorrow. It’s confusing and frustrating and even a little humiliating sometimes when other people don’t do what they told us they would do. If you’re causing people to have those emotions, they’re not going to want to count on you. So make it safe to count on you. That’s how to be a stand-up kind of person.

NEED ONLINE THERAPY?  BetterHelp can connect you with a licensed, online counselor. Click here to learn more and get started.I receive commissions on referrals & recommend services I know and trust.

You can learn the calming techniques I describe in my free course THE DAILY PRACTICE.