Why You Don’t Feel HEARD 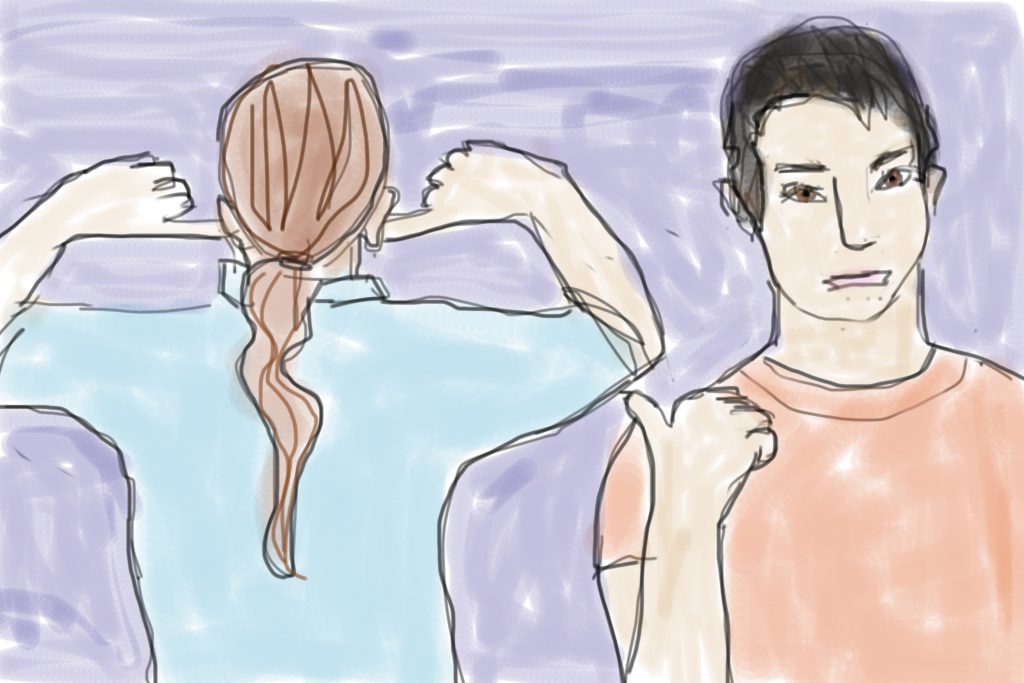 It is SO common for people who had childhood trauma go through life feeling disconnected and unimportant to other people, and a big piece of that is feeling not heard: people don’t listen when you express yourself, or they listen, but they don’t get it or they don’t believe you. Or worse, they don’t care. Do you ever feel not heard?

For most of us, the question is often “Is the other person actually making me feel this terrible feeling? Are they doing this on purpose because they think I’m not worth it, or they want to dramatize to me how much they don’t care?

“Or am I actually doing something that sabotages my own ability to be heard?”

And the short answer is usually, probably… some of both.

So let’s talk first about the “other people are doing this to me” scenario. This definitely happens! Some people really  are too self-centered to pay attention to other people, to care what they are saying, or to “get” what you’re saying.

We all know these kinds of people, and if we went through trauma as kids there’s a pretty good chance that one or both of our parents had some “hearing problems” at times themselves. They couldn’t hear us because they were drunk, high, depressed, obsessed, or just too screwed up to hear anyone.

And a lot of us with unhealed CPTSD have this very unfortunate tendency to collect people like that as friends and partners. This can range from ordinary non-PTSD relationship dynamics where one person says “Hey! I feel like you’re not hearing me,” and the other person rolls their eyes… to people in your life with more pronounced problems like personality disorders or addictions, or just years and years of resentment,- where they are literally incapable of being present and taking in what you might be saying.

Or we might find ourselves (and this would be true in the early stages of a relationship with an extremely self-centered person, maybe one with narcissistic tendencies) that they seem like they pay intense attention to us so incredibly. But then for no apparent reason, the rug comes out — they don’t care about you –they hear NOTHING. Right? That’s called “the discard phase.” The days of caring about you are over.

And I  know a lot of you watching have suffered in relationships like that and I’m hoping you’re at the stage of recovery where you are able to SEE those red flags now — the too-good-to-be-true-behavior that comes BEFORE they throw you away…  and to hold yourself separate from attaching to such people or having expectations of them in any way. Because no good thing ever came from trying to make things work with someone who doesn’t care about you. And I talk about this extensively, and what to do about it, in my online course Dating and Relationships for People with Childhood PTSD, If you want to find out about that click the link here or in at the end of the article.

But if you’re still dating, hooking up with, sleeping with, marrying, attaching to, chasing, texting, pining away for someone who cannot and will not hear you because they don’t care, then this takes us squarely into the other category of causes. And what is that?

When you see what you’re dealing with and you don’t leave, then the problem lies not with them, but with YOU.

You know I’m the tough love fairy, right? And I’m telling you, this is what we DO when we’re not healed yet. We complain about someone not hearing us, but we keep thinking we can make them change if we can just explain it right or be nice enough or lose some weight or whatever imaginary thing we are blaming ourselves for (and actually we are to blame at that point — not for failing to change, but for holding on!).  I think most people with CPTSD have done this some where between 2 and 200 times!

Clinging to someone who is incapable of giving a crap about us is one way that we cause ourselves to not feel heard, and indeed, not to be heard.

But let’s talk about the subtler ways that we might play a role in this. The effects of trauma — especially when we’re under pressure — for example, while arguing or upset — can distort or jumble our thoughts and words. Does this happen to you? It’s part of brain and emotional dysregulation. And dysregulation is what CPTSD “is” — it’s what it does. It’s what drives most of the other symptoms we might be having after growing up with abuse and neglect.

When you’re in a dysregulated state, the urgency of our feelings feels like our emotions are obvious and justified and crystal clear. In reality though, the way our words are coming out isn’t clear enough for someone to really HEAR us.  I know this from experiencing it, and from coaching dozens of people with Childhood PTSD and listening to their jumbly thoughts and feelings– the mosaic of reactions that are go all over the place, that are so familiar to many of us.

The feelings might be clear, but they come out like a tsunami — run-on, breathless and desperate. And this is hard for other people to hear! It can be emotionally intense to be on the receiving end of that. If the person you hope will hear feels frightened of your intensity and their defenses go up, guess what? You’re not going to be heard. I’m sure you’ve been on the receiving end of that too.

It can feel overwhelming, even threatening, when someone is getting  verbally intense on you. You can’t think, you can’t get a word in edgwise, and when they tell you “You’re just not hearing me…”, you might feel like you just want to give up and flee, right? Leave the room, storm out, check out in your mind — Or do that subtle “nice-face/closed-heart trick —  you know what I’m talking about? You say “Yes, sure, I hear you!”to make another person feel heard even while you’re thinking, “This person is horrible!”

Maybe we’re being manipulative — and remember, we never think we’re being manipulative. But if you have a hard time being direct about what you want, and you try to dress it up as something you think will be more acceptable, but you find yourself getting into arguments because you aren’t getting what you want — there’s a good chance that your communication has got a smidge or two of manipulation in it.  People will instinctively recoil from that if they have any B.S. detectors at all.

Manipulating people through vague complaints or cold silence, guilt trips, fudging the truth, or any little ways that you avoid saying directly will only make things worse. The thing you’re not saying — usually something like  “Hey! I’m feeling lonely!” (or or angry or insecure or whatever) and I want to stop what we’re doing right now and ask your help so I can get myself emotionally back on track again” would probably be very effective in getting you what you need. So being indirect just sets you up to be neglected.

Have you ever noticed that when you’re not real about your feelings, there’s absolutely nothing the other person can do to make you feel better? That’s the telltale sign that some conflict with someone isn’t what it seems: It’s a false conflict. And the sign of this is that no matter what you  do or what they do to fix it or help — nothing fixes it! It just goes in circles. This means the problem is something else, and it takes honesty to get to that. And even then, what is honest is sometimes that the problem is unsolvable. Or the answer is not what you hoped.

And so when you’re in a long, dragged out conflict that’s going nowhere, and you’re not feeling heard, this is something to ask yourself: Am I expressing my real, fair, true feelings? Is what I’m saying free of subtle attempts to punish, exaggerate, minimize, or hide what I really need to say?

In reality, a lot of times we manipulate when we’re not clear what are real feelings are. And this is often because we’re deep in a belief that the bad feeling inside MUST be caused by the other person, and therefore, they MUST be the ones to fix it. We’re looking for a fix that in reality, no one else can give us. We’re in a flashback. The argument we’re having is just making it worse. We beg to be comforted, but we are unreachable.

It helps to know that another person can be supportive, but the fix is not theirs to give us. This is that hole inside that only genuine, personal transformation can fill. Part of that takes time, and part of it can start right away, and that’s what I teach in my courses.

The healing process is not always a straight line. And sometimes pain is the catalyst that makes good changes possible! So where you are now is an OK place to start. And it starts with 1) believing healing is possible and 2) adopting a steady, day-by-day application of simple, common sense steps that will begin to move you out of that triggered, dysregulated state, so you can think and breathe and compose your thoughts and make choices. And the fruit of all that, before you know it, is you start connecting better and being HEARD.

So if you want to work with me come be in my Membership program — you know where to find all the info — it’s in the description section below.

Ready to take a leap forward in healing your trauma symptoms? Join my MEMBERSHIP PROGRAM and access all my courses, plus regular group coaching calls. Get more info and register here.

If you’re dating or hoping to date, and you want to change negative patterns that have caused problems in the past, be sure to check out my online course Dating and Relationships for People with Childhood PTSD,

If you love videos, be sure to visit my YouTube channel!

Everyone knows that bad things like growing up poor, abused, neglected, or raised by alcoholics can really screw up kids. But this doesn't have to define you forever! Learn from practical knowledge and emerging science how childhood PTSD may be affecting you, and the surprising ways you can heal it, for free.
Subscribe and Join
69750 Fairy Subscribers