Why Can’t I Make People Stop TRIGGERING Me? 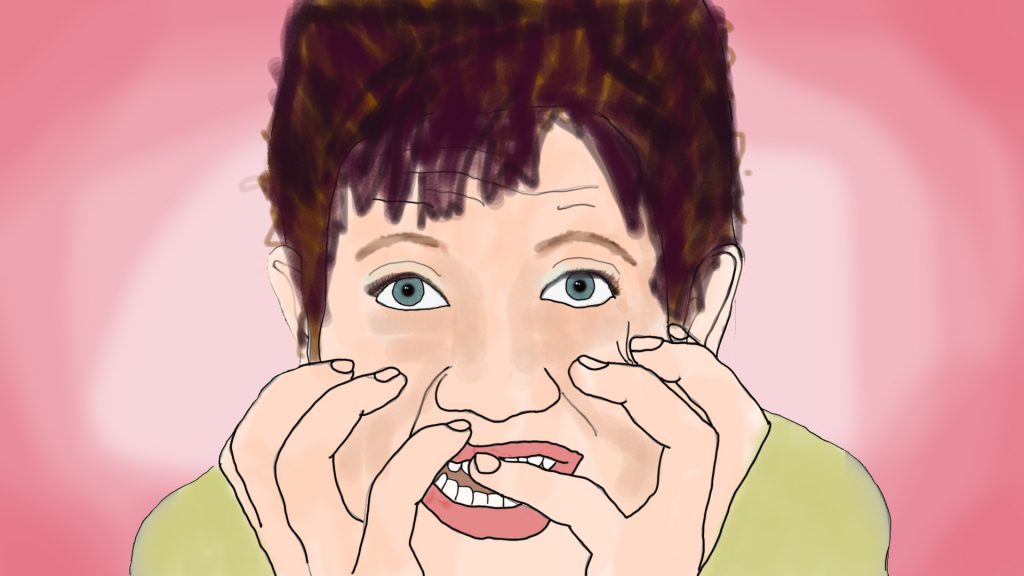 I’m going to say something very ‘tough love’ here: As a person with Childhood PTSD, You can ask others to understand you and your sensitivities, and you can even ask them to help you avoid getting triggered. But you know what? They are not obliged to do any of it. That doesn’t mean they don’t love you and it doesn’t mean they don’t support you. In fact, when they give you space to notice your own trauma reactions and to work on those in your heart, it might be the best most loving, supportive thing they can do.

Today, I’m going to tell why even though you’ve been told a lot of things to the contrary, like, that you have a right to understanding and respect even when you’re acting out of that hurt place inside – why it’s not a “right.” It is your right to ask for what you want, for what you think would be helpful. But, trying to force other people to help you manage your own trauma reactions isn’t fair, and it isn’t going to work.

This includes things like, telling them not to talk about something in front of you, not to drink around you, not to use certain language even though they know you find it triggering… It’s simply not fair to them, and in fact it’s a form of control.

Now someone who cares about you might be willing to change the way they do things if you ask them, but… they might not. PTSD thinking will tell you that someone you love, who you’re attached to, who’s doing something that bothers you somehowk owes it to you to change. But, I want to teach you why, in any situation where you’re not actually restrained, these people aren’t actually doing anything to you. They’re being themselves, which you may not like… but they’re not preventing your healing.

Now you might be thinking “What!?”. But that’s what I’m saying: When people do their own thing and give you space to work out your own triggers and learn to calm your own PTSD symptoms, you then have an opportunity to learn the only thing that really works or can be sustained — self-regulation.

First of all, you can decide you don’t want to be around that person. You don’t like people drinking? Maybe don’t be around people drinking! When your brain is regulated, and I teach people how to do that in my free course, you might see more clearly that this person you’re with is a schmuck, or they’re a bully, or they drink too much. Maybe you asked them to change once or twice. If you ask them three times and they still don’t change, it becomes your problem.  To ask any more becomes an attempt to control them.

Even if you succeed at making them do something, it’s not going to bring that harmony and that good feeling of being supported and understood that we all crave. So at that point, if change isn’t going to happen, you either let go of your grievance, or leave the situation (or the relationship). Because if you push and push and nag and repeat your demand that they change, it’ll only suck the soul of you and everybody in earshot.

It’s a beautiful idea, that if someone else would change, we’d be ok. But even when you can get someone to strike that bargain with you, to try to fix you by being what you want, you only put your CPTSD into a hermetically sealed chamber.

What prompts our healing is usually friction. Pain. People do their thing around us and we get triggered. It’s impossible to control or avoid. That’s why so many people with childhood trauma end up retreating and getting as far away from people as they can, which might prevent triggers but it also prevents fulfillment. Everyone craves to be loved, and not just by pets. We need humans. So, our challenge is to stay away from those who would abuse us, and with everyone else, to be at peace with people as they are.

So peace with other people comes with accepting, knowing, that healing happens inside you. The other people in our lives matter too, their behavior matters, but they don’t have the power to heal us, and couldn’t even if they tried. They can potentially provide a calm, safe environment, although not everyone can do that, and they can encourage us when we’re freaked out to get out our tools and deal with the disturbance within. For me, the tools are a pen and paper, which I will get to.

When you learn to regulate your trauma symptoms — the overreactions, the unreasonableness, the demands we put on other people because it seems like all that’s needed is for them to change something about themselves — you’ll be amazed  how much easier it is for other people to love you and be close to you.

If you’ve ever tried to love a traumatized person, you know what I mean. You want to help the other person, and you don’t want to see them suffer, but no matter what you do, the trauma-driven thinking and behavior they’re showing you? It just goes round and round. You can’t get through to them.

Yes, love helps. But when someone with Complex PTSD gets into that looping, scared, angry, sad thing we get into, they can’t respond. They can’t receive it. There may have been a moment when a hug would do the trick, but that moment has passed. This is where two people can fall into a vicious spiral, where everything you say just makes it worse. Then you process and you process and it goes on and on until both people are too emotionally exhausted to even put their thoughts into words.

So what do you do? When you’re in that place where you want to make a demand on someone, it usually means it’s time to do what I call “stop and drop.” Stop the action that’s escalating conflict, and drop into a chair where you can start writing your fears and resentments (that’s a special technique I’ll share with you). When you get relief from the fearful and resentful thoughts, things get clearer. The fire burns off and the truth is there, cool to the touch.

It’s not your fault you were abused and neglected as a kid. But now it’s up to you: you’re the one who needs to stop acting out on the trauma, and instead try things, notice your triggers, and learn techniques to calm them. Some people will be very open to learning what you’re working on and they’ll support you, but probably not when you’re yelling at them. It kind of defeats the purpose, right?

So how do we get to this neutral space? You’ll hear me say this a lot: it helps if you don’t talk about it. When you’re triggered and you know it, pause. Your thinking is getting dysregulated, and if it’s anger, then by definition, it’s going to feel unreasonable to other people. It’s an argument you’d be better off not having. If you have to argue, you can do it later. Later is better, when you’re regulated again, when you can choose your words and not just have them fly out like daggers.

Now This would be crazy talk if there weren’t in fact a way to get regulated. I have good news for you, there is a way, and it starts with owning the problem and not blaming other people that we feel that way — not with our words, and not in our minds. Healing can really move forward when we can just recognize “Ah, I’m having a reaction!” And then (this is the hard part) resist the urge to say a lot about how you’re feeling. You can say something “oh dear, I’m having one of my reactions. Hold on a sec while I get myself sorted.” But don’t treat your triggered feelings like an honored guest, like the Queen of England with the red carpet and the trumpets and the flags waving that say “I’M SO HURT!”

You can give yourself a little time out with a pen, and a piece of paper, and use my daily practice technique to discharge those triggered feelings. Put some space around them. It looks like you’re writing a note to yourself. No one even has to know. It’s very elegant like that. Very dignified. And it buys you time to have a different reaction, to be present in a way that someone who loves you can understand. That’s a good thing when it happens.

But the nicest feeling of all is knowing that whatever happens, whatever present-day reaction rises up out of your childhood trauma, you’ll be able to deal with it. You’ll keep your boundaries, and gradually open your heart to all the love and fun that life has to offer. That’s what it means to feel free. Whatever happens, you’ll be capable of responding, as your real self.

You can find my free course “The Daily Practice” here, on my courses page.

If you’re often triggered and want to see if your symptoms sound like brain dysregulation (a very common, core symptom of Complex PTSD), you can take my Dysregulation Quiz here.

My most popular program is Annual Membership! Members can access all my courses, and are included in a secret Facebook group and weekly group coaching calls. Find out more here.

Be sure to visit my website for me free tools and videos.

Everyone knows that bad things like growing up poor, abused, neglected, or raised by alcoholics can really screw up kids. But this doesn't have to define you forever! Learn from practical knowledge and emerging science how childhood PTSD may be affecting you, and the surprising ways you can heal it, for free.
Subscribe and Join
69817 Fairy Subscribers