CPTSD: Do You Isolate Because It’s Hard to Hold Boundaries? 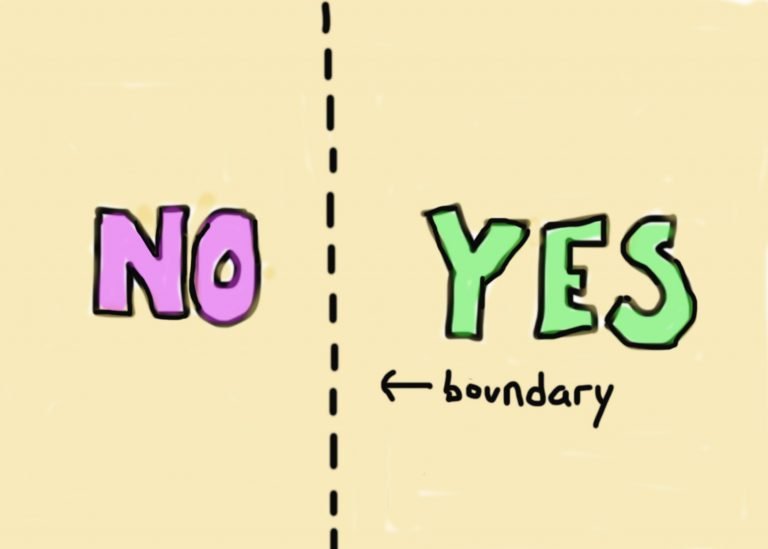 Have you ever been at home, and you hear the doorbell, and you’re pretty sure it’s somebody selling something or giving out literature, and instead of answering the door, you HIDE? Like on the floor? Whispering so they won’t “know” you’re there?

This is a form of isolating because we don’t trust ourselves to have boundaries. Isolation is a totally common symptom of Childhood PTSD, and for those of us who grew up with abuse or neglect, a lack of boundaries is a big reason why we get isolated.

I always saw myself as a fierce defender of my boundaries, but the fact is, when I hid on the floor of my kitchen (and I dragged my kids into this too by the way; we were totally laughing, really quietly!).

In the scheme of things this is pretty unimportant in terms of causing isolation in my life. But a lot of us, when we’re isolating, do the same thing around important things — we ignore texts from friends, we leave early at events where there’s likely to be conversation, or when a friend calls asking if you can give them a ride, we pretend we never got their message.

Do you ever do this?

Now I know, there are sometimes good, self-protecting reasons to avoid facing certain people. They’re dangerous, or they’ve become a total nuisance and you don’t have time right now to face them and deal with disappointing them. But I’m talking about the way we sometimes choose to isolate, even from people we care about, even from opportunities for work or fun that we used to crave in our lives. And the reasons we do it in that moment may SEEM like a good idea, but when you stand back and look at it,  it’s because the demands on you in that relationship or that work project or that dinner party could, in your mind, get out of control.

A lot of us fear being sucked in, overwhelmed, stuck in a situation where we’re miserable. Realistically, it would be really hard for somebody else to literally trap you in a situation where you didn’t want to be. Being literally trapped in a bad situation was something that used to happen to me when I was a kid, and I’ve been physically attacked once, and once mugged at gunpoint, but other than that, I’ve technically had a choice about where I was, who I hung out with, and what I said YES to.

And so all the times where I felt pushed or coerced or trapped or miserably obligated, were really me not having the inner strength to say no.  It was me being afraid what people think of me, or me going on a long path of people pleasing — a little here, a little there — until I was deeply embedded in some situation I actually resented. I said yes because I couldn’t deal with saying no. I did this so many times that I couldn’t even remember how I got there. It began to seem like other people were doing this to me. But it was me doing it to me.

So the paradox of learning to say no to people — not through ignoring them but through responding with a real, communicated NO — is that it frees us to stay connected!

When we’re confident that we can give something a try — attending a group meeting, going on a date, or taking on a project — and you know you can still say no the next time (or even in the MIDDLE of it all if you absolutely have to), this is freedom!

When you are in charge of when you say yes and no, isolation is not necessary. You can choose solitude at times, which is healthy and necessary. But you don’t have to avoid people altogether. It’s OK to say no! It’s called boundaries, and people respect you for having boundaries. We all prefer to connect with people who take care of themselves, who are not secretly resentful that they’ve said yes to us. It does no one any favors.

Now here’s a secret about boundaries. They go two ways. A boundary is what you say NO to, but it’s also saying YES to things that are right for you to do. Let’s call these “responsibility boundaries.” When a father doesn’t support his kids financially, he’s breaking a responsibility boundary. When someone says they’ll pick us up at 8:00 and never shows up or calls, they break a responsibility boundary.  Notice that the father who doesn’t pay, the driver who doesn’t show up — THEY are isolating too. We can isolate by avoiding saying no, and we can isolate by avoiding saying yes.

Childhood PTSD can really do a number on us in our capacity to say YES and NO at the right times. That discernment begins to heal when we take positive steps toward healing and move out of the shadows of isolation. This is important. Over time isolation will always bring out the worst in you and everyone else.

So recovery means learning this discernment. When you know your own mind, and you can say yes or no politely or really fiercely if necessary, your urge to isolate will get smaller and smaller. You’ll be amazed when you’re expressing yourself on these day-to-day things, freely saying yes and no, how much your life fills with good people and real connections!

If you’ve got stories about breaking out of isolation, or setting boundaries — tell us about them in the comments section!

If you’re struggling with the effects of early trauma on your life today, you’ll find practical help and strategies for changing your life in my most popular online course Healing Childhood PTSD.

Not sure if you have Childhood PTSD? Take this Quiz.

If you’ve struggled with boundaries in romantic relationships (do you get attached too quickly?) my Dating and Relationships course (for people with Childhood PTSD) can help.

You’ll find all my courses here.

And you’ll find all my videos here on my YouTube channel.

Everyone knows that bad things like growing up poor, abused, neglected, or raised by alcoholics can really screw up kids. But this doesn't have to define you forever! Learn from practical knowledge and emerging science how childhood PTSD may be affecting you, and the surprising ways you can heal it, for free.
Follow
Loading Comments...