Childhood PTSD and ANGER: Is it Ever a GOOD Thing? 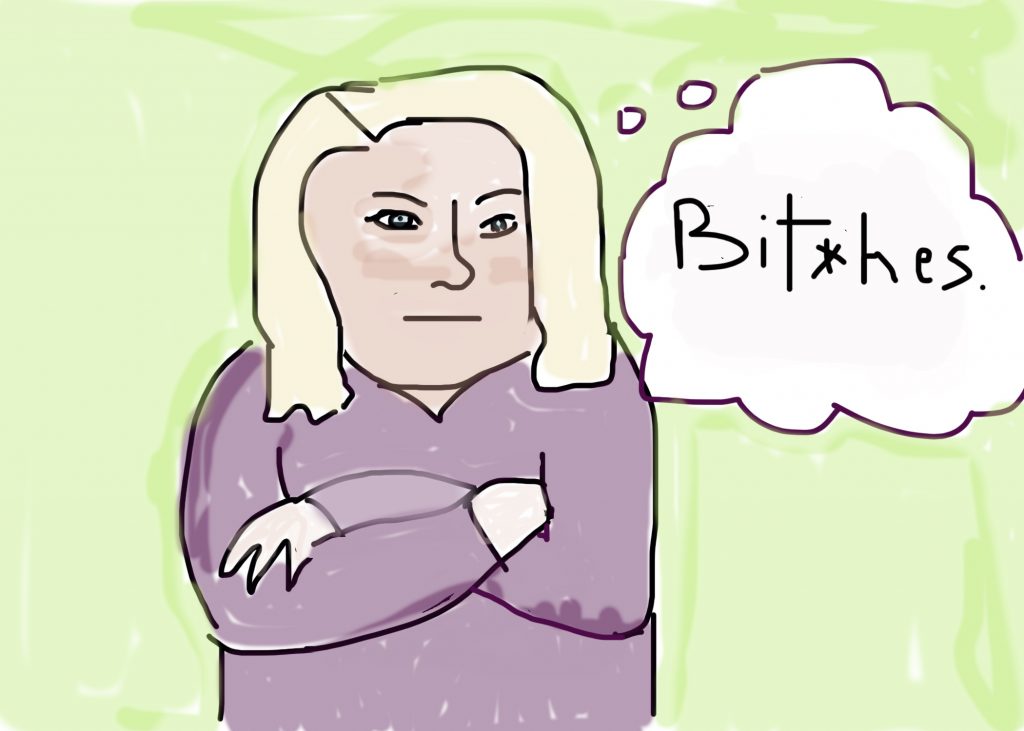 For me, one of the biggest burdens of my past was in my relationship to anger. When I was a kid, the adults in my life went WAY out of control with their anger. I grew up watching my dad rage at my mom, and my mom berate my dad. The two of them would smash things and get violent, and even after they were divorced when I was seven, anger and rage became the default way they communicated about anything at all. We had a lot of alcoholism in the family and drunk people make everybody angry, and the angry people make the drunk person angry. I grew up terrified of all these angry people.

When I was five or so, I was angry in my own right about something — really angry, and instead of a temper tantrum, I went around the house and did my own fragile version of rage — I folded a folding chair, then carefully took a vase off the mantle and placed it  down on the hearth. This was my way of really tearing up the place — very gently, dammit! I hated all the violence. I hated the sounds and smells of drunken people.  There was no way around it, it just put me on high alert with this weird kind of tension inside. The sound of glass breaking would make my heart race.

So in my teens and twenties I figured I’d solved the problem, by just avoiding angry people. I thought of myself as this very peaceful, loving person — and it’s not that I wasn’t, but I had a lot of anger! I didn’t even know it sometimes. I remember before I ever learned to re-regulate my brain, my emotions were confused. When I acted angry I was actually hurt. When I was depressed it’s because I was angry. I had B.S.-ed everyone around me for so long that by then I didn’t even know what I was feeling.

When I started out with therapy and had a place to talk about what happened, I didn’t really have strong emotions about my childhood. But boy, the therapist thought it was terrible — almost to a fault, she’d have me talk and talk about it, and soon (big surprise) I had some serious anger going. The more I talked to her, the angrier I got. I read some books on the subject and talked to other angry people and soon, everywhere I went, with everyone I met, I was coming off angry.  At one point it was me raging and smashing things, which totally upsets me to think about today. I didn’t want to be that person. I thought I was getting in touch with my feelings, but I was actually learning to lose control of my feelings by amping them up. You can’t heal anything by doing that.

Think of your feelings on a vertical scale. Way down at the bottom is death — or catatonia or something, and just one notch up the scale is depression. Obviously, there are degrees of depression, and it’s a terrible place to get stuck. But if something you do or some therapy you try helps you go from depression to anger – and anger is a big notch above depression on the emotional scale – that feels like progress, right? It’s actually pretty easy to get from depression to anger and there is this initial boost you’ll get in your energy level and emotions. It gets you off the floor!

But it’s a mistake to think that anger is the solution. I think this idea that “feeling your feelings” is inherently constructive is just not true. There’s a time when we need to get in touch with our feelings, and a time to be angry. But if anger isn’t transformed pretty quickly into some clarity of mind and sane action it’ll just take you right back down the vertical scale — isolated, depressed and scary for other people to be around.

So what are we to do with the anger? For me, the most profound turning point in my life was when I was shown how to put it on paper. I put my fears and resentments about life – the tragedies, the injustices, the petty little things, everything — it all goes on paper and I ask God to remove it. If you don’t believe in God and you have a reliable higher self (which I don’t)  you can release your fear and resentment. If you do this, you’ll be amazed at how much more effective and clear-headed you are with all that gunk gone from your consciousness.

Now if you’re like me when I was first doing this daily practice, you may worry that losing your anger, will leave you with no defense against abuse and pressure from people.  But it’s been my experience that the opposite is true. When my mind was tangled up with anger and resentment and someone was acting negatively toward me, I’d be paralyzed and confused. I’d start flailing around trying to fix the situation without understanding what was actually going on.

When I started getting free of all that fear and resentment — and there is a technique to this that you can learn here, I could see clearly. I knew when I was being attacked, and when the disturbance was just in my head. I got clarity. With a clear mind I am able to respond appropriately to problems. Either by protecting myself or getting the hell out of there — or even staying and work things out, if that’s the right thing.

Things get worked out now. When I’m freaked out I know what to do — to calm the inner disturbance so that I can be clear about what’s true, and what I need to do accordingly. Most of the time I find I don’t need to do anything. I just carry on.

I offer a free mini-course that teaches simple techniques to relieve the symptoms of Childhood PTSD.