Childhood PTSD and BLAME: How Much Is Too Much? 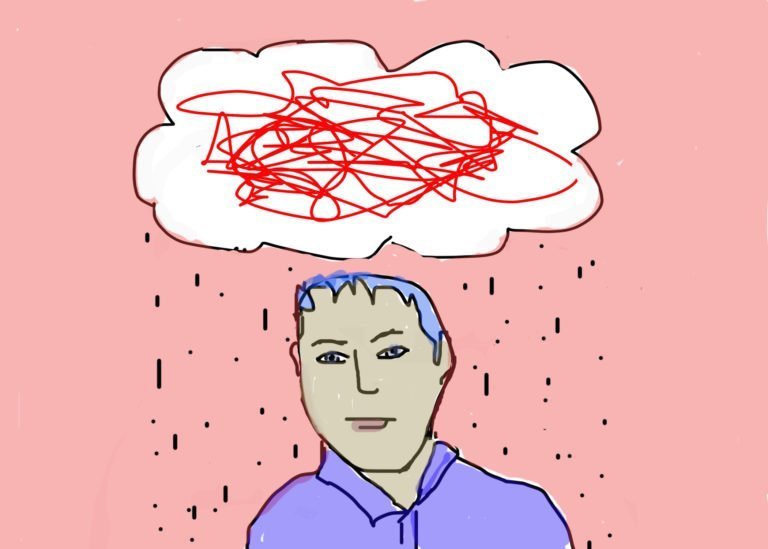 When we’re talking about abuse and neglect in childhood, there’s no way to avoid placing blame on the parents who perpetrated the abuse or neglect. On some level, even if they had mental health problems or addictions that clouded their awareness, they had to know that what they were doing was wrong. This early trauma was so far beyond our control as kids, there’s nothing we could have done to stop it, and nothing we could have done to prevent it from having a lasting effect on us. So, the first thing we can say about our early trauma is that we are not to blame for what happened. This isn’t always internalized so it needs to be acknowledged — we are not to blame. This being said, the reason I want to go a little deeper into the subject of blame, is that it has a tendency to fester. When it sits there without any healing, it can spread and start infecting other parts of our lives and our memories.

I had an older brother who died about 25 years ago — the same year my mother died, but about six months later. He was 38 and I was 31. His body gave out at the age of 38 from years of drug and alcohol abuse. I haven’t talked about him yet on Crappy Childhood Fairy, but he was really, really sick. He couldn’t hold down a job, got into fights, and was thrown in jail several times for being drunk and disorderly. He’d clean up a little in rehab sometimes for a short time, but he couldn’t sustain it and he’d fall back into his addictions. He had a lot of good qualities — he was funny and smart and always wanted to kind of, keep the family together, even when that was impossible. But it was hard to have any kind of relationship with him — not just because of the erratic craziness of the drugs and drinking, but because he was just, so obsessed with why he was like this, specifically, what my mother had done to “make” him this way. He talked about himself all the time, to the point that he was completely in his own world. In his mind, his many, many problems — with money, with getting along with people, his near-death motorcycle accident that left him in a long coma — he believed that all of this was our mother’s fault. Now our mother certainly had her faults.  And because she was an alcoholic, she was not able to take care of us very consistently. I mean, I have Childhood PTSD: clearly, he did too. But my brother would say over and over again — I just need her to admit what she did, then I’ll be able to stop drinking and using. He didn’t just believe that she held the key to his sobriety; it’s all he ever talked about. Honestly, it was a real drag when he’d start in on this. I didn’t share his belief and I didn’t respect him for putting all the blame for his life on her. From my point of view, I saw them both as really difficult people. The more I’ve recovered from my own problems, the more I see them as just another couple of alcoholics who were powerless to stop the drinking and the drugs, and for whatever reason — different for each of them —  they just couldn’t recover and they both died early as a result. It’s a mystery why people are this vulnerable, and others aren’t. I can’t speak for my mother, but my brother talked with me a lot about the hardships of his life with me. All of it was true, I was there; we were both neglected and he was outright abused. But in his 30s he was just basically hurting everyone around him. He had a list of 100 excuses and grievance stories he’d tell again and again. I was no saint, but the difference between him and me was that I gave up on trying to change my mother, in fact, when I read literature and spoke to recovered alcoholics learned what alcoholism really is, it was freeing to know that she didn’t ask to be an alcoholic, just as I didn’t ask to have PTSD.

Everybody is damaged to one degree or another, and it’s easy to think that if we were in another person’s shoes, we’d be different or better. But there’re people who probably could say that about us and it probably wouldn’t be true. Just like it’s probably not true that the alcoholics in my life wanted to have the problems they did, messing up other people’s lives in the process. They felt bad about their mistakes, just like we all feel bad. They were responsible for what they did, but in another way, they weren’t to blame. Who is to say that if I had the same DNA and the same experiences that I wouldn’t be just like anyone else I happen to be judging.

Maybe it’s not even my brother’s fault that he couldn’t let go of the belief that the only key to his healing came from getting some resolution about the past. After our mother died, he said he felt hopeful that he could finally be free, get sober, finish school and get a good career.  But her death didn’t fix him. He had his own problems.

The year those two died was the year that I was shown the daily practice — writing my fears and resentments, and meditating every day, so I could get free of my own blame scenarios, and use that powerful clarity it’s given me to focus on things I wanted to heal in my own life. So here I am — free, connected to life and very much alive! I’m no longer thinking much about what happened — I’m more interested in sharing with other people how I broke out of those chains, of being at the effect of the past. And, I’m happy to share it with you.

See you with more stories and thoughts about healing on Thursday!