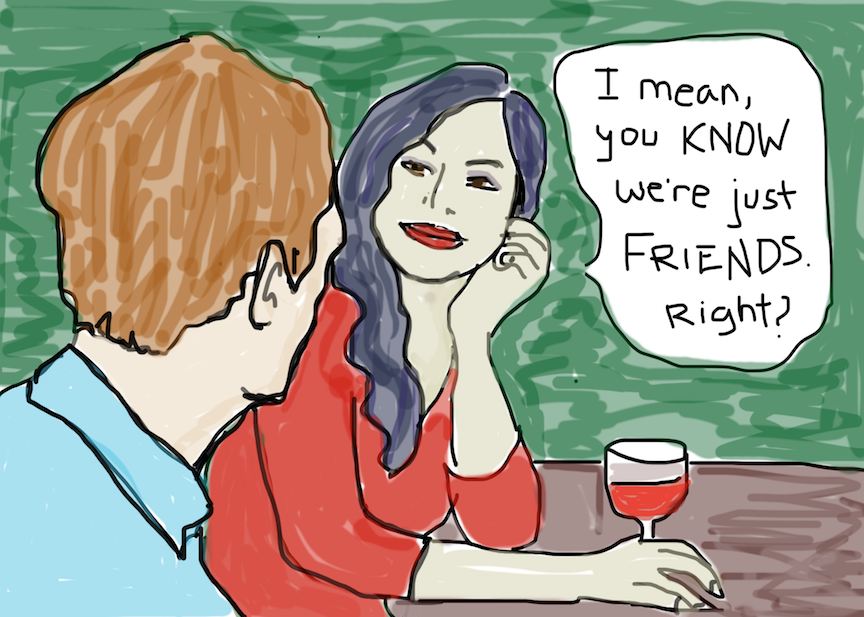 But if you ask me, the worst damage from ACEs shows up in the ways we seek and create romantic relationships — the unavailable people, the people we just met, the addicts, the flakes and the total jerks to whom we end up deeply attached. We date them. We marry them. We have children with them. We fight them, and leave them, or get left by them, and then become desperate to make them come back, or stay away. We live long stretches of our lives lonely and trapped.

I would know. As someone with an ACE score of 8, I fit one of the classic profiles of adults who grew up around alcoholism and addiction. I was the responsible kid, helping with younger children, earning money, getting straight A’s at school, maintaining close ties with my girlfriends. But when boys came into the picture I degenerated very quickly, becoming depressed, irresponsible, overweight and obsessed. I was still a high achiever, which helped me look “OK” despite the roller coaster ride around relationships that continued throughout out much of my adult life. My recovery was spotty and gradual at first, and normal-people solutions like therapy and self-help books didn’t help.

When I figured out what did help, everything changed. And now I teach other people with Childhood PTSD how they can cut the drama and recover too.

Crappy Romance Is Less Mysterious Than You Think

It turned out it the underlying problem (for me, and you can decide for yourself if you are similar to me) had three parts.  First, like most people with Childhood PTSD, my brain became easily dysregulated and this made me emotionally reactive at times; I came off as a little too needy or a little too mean. Second, I had some serious gaps where my attachment mechanism was supposed to be, and so being single was really stressful, so I tended to rush in. But then getting out of relationships was almost unbearable, even when I didn’t like the other person. Finally, I had a messy sense of right and wrong, with conflicting ideas about love, sex, courtship, responsibility, expectations, self-care and how a person like me should comport herself.

I don’t know why, but the ACEs literature doesn’t say much about dating, sex and marriage. Expert opinions tend to be focused on things they can help you fix. And God knows it’s just about impossible to help another person who is stuck in a negative relationship pattern. Yet the partnering part of us gets SO damaged by early trauma, and healing has the potential to completely change the course of our lives.

Of the many miracles in my life, the one that changed my life the most happened on the day I stopped having crap relationships. At the time, I had no idea why the same old hurtful, humiliating problems kept happening. In fact they were getting worse, and I couldn’t make it stop, even when other things in my life were going well.

Admitting that my old ideas and behaviors were not working (at all) was the very first thing I did that opened the door to transformation.  If you’ve ever had to admit this kind of horrible failure, you know how the first several seconds or so are like dying. But very quickly a new feeling fills you up — a sense of surrender, of peace.. and then (thank God!) possibility and even hope. Everything at this point depends on your willingness to get real and take action and then keep taking action.

Take it from me; negative patterns are very sticky. They’re hard to get rid of, and even when they’re gone, they try like hell to come back.

When signs of improvement began to be visible in my life, friends started to ask me how I did it. I took their calls and taught them my techniques and soon was sharing my principles with their friends, who’d call because they heard I could help break their trauma patterns. In 2016  I started this blog to share my techniques with more people, and in June released an online course,  Healing Childhood PTSD. I teach people how to  identify the emotional dysregulation that stems from Childhood PTSD, and then to re-regulate so that behavior change becomes possible. In February 2019, I released Dating and Relationships for People with Childhood PTSD, which builds on the first course.

In a regulated state, it becomes possible to de-program yourself. That’s a strong word, I know — but deprogramming is exactly what has to happen when we’ve gotten stuck in an unconscious, repetitive and destructive cycle of behaviors.

Behaviors are (at least partly) driven by beliefs, and when we have Childhood PTSD, a lot of our beliefs came from trauma experiences. Trauma beliefs are cultural, they’re family-learned, and they’re reinforced by our friends (who likely also have unhealed Childhood PTSD). We usually know what we’re doing wrong, and we can try to make ourselves “act normal,” but this kind of symptom-fix is usually only temporary.

Real change demands that we identify those trauma-driven beliefs and begin to replace them. Normal people seem to just know this stuff, but those of us programmed by trauma usually need stronger, clearer guidelines that may feel (at first) counter-cultural, unnatural, even radical.  But that is how to deprogram and then reprogram yourself. And it works.

Here are ten common, trauma-driven beliefs, followed by an explanation of how they ruin your relationship life.  Switch genders as needed, to see if they apply to you.

Now I know, and it’s helped me grow happy, enter into a solid marriage, and enjoy fulfilling life.