The Unexpected Healing Power of NOT TALKING About Trauma 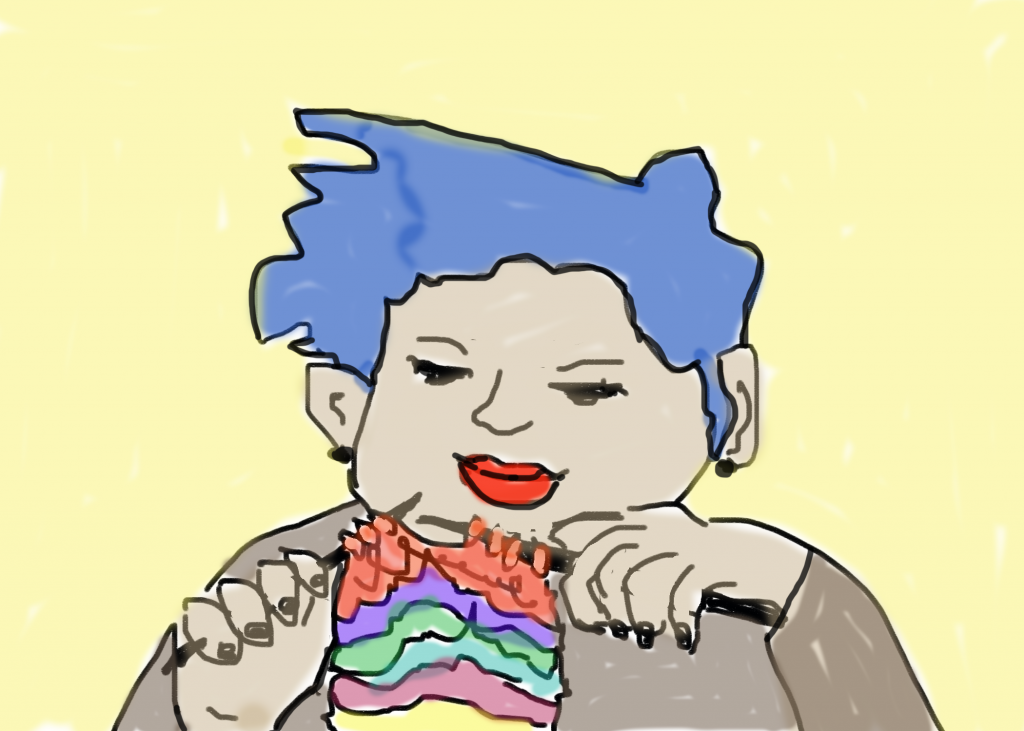 Many years ago, I found a dead body. It was a man I had been dating for a few months, who had turned out to have even more problems than I knew when I met him. He showed up at my house high on something one night and I made him leave. I told him we could talk about it in the morning and locked the door, unplugged the phone, went to sleep. In the morning I stopped by his apartment as promised. The door was unlocked so I went in and found him, face down.

As I write this, my heart is pounding, my hands are going numb and my mental focus is
beginning to go like popcorn. This is what happens when I talk about traumatic memories. It’s like throwing water on a grease fire. Water is usually a good thing, like talking is usually a good thing. But grease fires explode when they come in contact with water. Talking about trauma is sometimes that way. This is a very counter-cultural thing to say, but it can be best to calm traumatic memories by just putting a lid on them.

(I’m making an exception and writing about an upsetting memory, because even though the PTSD response gets started in me, I now know how to “turn it off.”)

So the dead body, you ask…

I’ll tell you the whole story another time, but you already know how it ended. I did CPR for 20 minutes while waiting for paramedics to arrive, and did not realize until they entered the room that it was, quite obviously, too late. Mouth-to-mouth on a dead person is a level of icky I hope to forget. Forever. But at least while I hoped I could save him, I could hold back the sea of horror that was about to bear down on me. When I finally saw that he was really dead, it felt like being scalded, followed by an achy, electric pressure inside, like the feeling of screaming.

That was just the first fifteen seconds.

Then there were weeks and weeks of ordinary grief and shock. And through it all, there was this heavier, uglier feeling that visited me at least a dozen times a day. Whenever I was reminded of the Terrible Event, I’d go right back into that scalded, screaming feeling.  All it took was a picture, the word “death,” a can of soda, an ambulance, bright sunshine, or one whiff of memory of the nasty note he left — and I’d go into full adrenal overload. Then there’d be a soup of negative emotions. Then I’d get mentally disorganized and exhausted. Then I’d get vacant for a spell, unable to remember whatever I’d been working on when the memory started.

This is what trauma can do. And until very recently, the main solution was to go “find someone to talk to about it.” I earnestly wanted to get on with my life. I really barely knew the guy. I felt ashamed of how hard I was taking things. So I found a highly recommended therapist and spent 18 months attempting to “process” what had happened. Therapy seemed necessary because a) I had two years earlier given up on the writing and meditating practice that had helped me for years; and b) trauma makes a person into a bottomless vortex of need and a real drag for friends who have already donated whatever good will they had, in order to spend two or three tortuous evenings with you.

So the therapist would “dialogue” with me, inviting me to talk at length about what I experienced, how I felt. She’d poke around my memories, suggest I look deeper into them. Sometimes she’d suggest new ways of framing what had happened, or ways of talking to myself about it that were more affirming and less condemning (this was cognitive behavioral therapy).

I swear. I’d start out lightly and with shiny goals for the session like “get back to working eight hours a day” and “be present for my family.” Seven to ten minutes into the session, though, I’d digress into a monologue about The Things That Happened. I’d trot out the very worst stories, and the stories then drew me into a spiral of grief and self-condemnation. Maybe the therapist tried to interject, but if she did, I couldn’t hear her. I’d have fallen into a breathless, revved-up trance of talking, talking, until I couldn’t even feel where I was. And then the hour would end. I’d write a check and go sit in my car for 45 minutes, unable to drive because of rage and hysterical crying.

But now we know: This is what re-traumatization can do.

For a hundred years or more, every textbook of psychology and psychotherapy has advised that some method of talking about distressing feelings can resolve them. However, as we’ve seen, the experience of trauma itself gets in the way of being able to do that. No matter how much insight and understanding we develop, the rational brain is basically impotent to talk the emotional brain out o fits own reality.

Bessel Van Der Kolk, MD, in The Body Keeps the Score, Penguin Books, 2014. Dr. Van Der Kolk is a professor of psychiatry at Boston University School of Medicine, the Founder and Medical Director of the Trauma Center in Brookline, MA, and the director of the National Complex Trauma Treatment Network.

It doesn’t seem to make sense, but sometimes talking about traumatic events makes things worse. Dr. Van Der Kolk (from the quote) talks about veterans with PTSD who get used to telling a “cover story” — the version of things that isn’t quite true, but explains what’s wrong without setting off the grease fire. Sometimes it’s necessary to tell the real story. And sometimes a cover story will do just as well. And sometimes, just saying nothing is the best way to get a looping story out of your mind.

I’m not advocating for active denial, but there is something to be said for “breaking up” with a thought that’s already delivered all the information you will ever get from it. It’s a loop, a brain malfunction that stems from trauma. And so long as it goes on, we stay identified with the trauma, as if this is the main thing about our lives. Whether we talk about it or not, it’s still a memory, and we are still ourselves. But the trauma doesn’t define us. It’s not the main thing about us.

The flashbacks I used to suffer ended after a single session of EMDR. The lingering, shitty bootprint on my soul from all this damn nonsense was also removed when I got back to daily writing and meditation. If you want to try what I do, it’s explained it here.  It turns out that writing about trauma (for most of us) is WAY less triggering than speaking. I noticed this was true for me even before the research emerged proving it. My daily writing and meditating is how I re-regulate my brain and open the channel for good inspiration.

The “not talking about it” trick can also work for “lesser” traumas — life events, losses and social faux pas that you may be brooding upon (or obsessing over). Some men I know are good at keeping mum about such things. Also English people: “Least said, soonest mended” is one of their cheery sometimes-true truisms.

Last summer, a woman called me several times to asking for help getting over a disastrous romance. She told me her ex was mentally ill, cruel to her, and (as is normal for many of us when we’re “in” the trauma) she wanted desperately to reconnect with him. After several phone calls that each started as requests for help, but digressed into stories about the guy, I suggested to her that she try, for just one week, to experience what it would be like to NOT talk about him. She could talk about him after seven days and even call him then if she wanted. But I suggested that for now, she just see what it feels like to just let the story rest. She said later that doing this was the turning point, the beginning of letting go.

So this is one of my Tough Love Truths. Sometimes talking about the trauma only makes things worse. If you’re willing to try not talking, let me know how it goes.

P.S: You can register for my new course “Dating and Relationships for People with Childhood PTSD. Learn to change negative patterns and go for what you really want in a partner, and in your life. You can register and gain instant access here.

And if you’re interested in the dating course, now would be a great time to take my first course, Healing Childhood PTSD, where I teach you the science, the symptoms and the strategies for healing dysregulation and beginning the process of healing your life.

If you’d like to learn the technique I use each day to heal brain/emotional dysregulation, you can take my mini-course here.

And if you’re not sure if you have Childhood PTSD, you can download my quiz on symptoms you have experienced, here.

If you prefer videos to blog posts, be sure to find (and subscribe to!) the Crappy Childhood Fairy YouTube channel here.