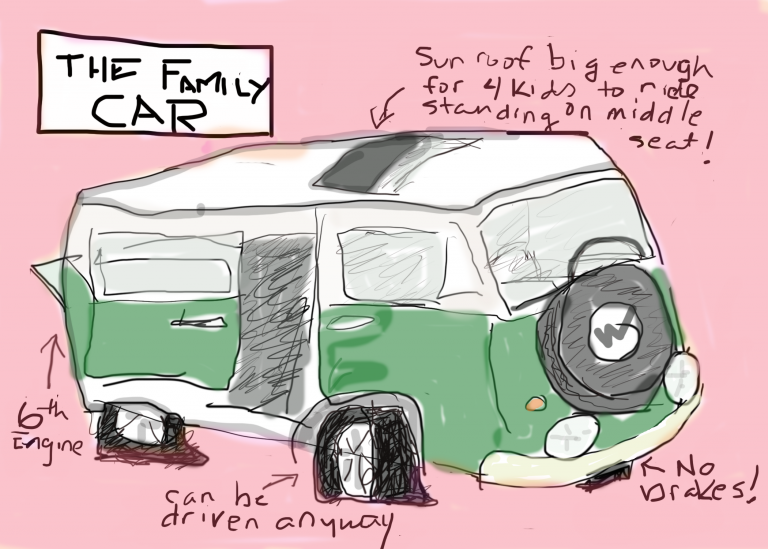 Recently I finished J.D. Vance’s excellent Hillbilly Elegy: A Memoir of a Family and Culture in Crisis, a book that’s part sociological analysis about poor white Americans, and part memoir about growing up with a drug-addicted mother and all the crappy crap that goes with that. I come from the opposite corner of the socioeconomic spectrum (well, the “socio” part of the poor spectrum). Vance was Hillbilly Poor and I was Hippie Poor, but my experience was about 90% the same as his.

When media types talk about “poor whites,” they don’t usually mean the kind that we were — the kind with college educated parents and brown-bread sandwiches and an Ecology flag on the front door. But we were chronically poor — like not-enough-food-poor — starting when my mother first walked out on my dad, bought a VW bus and turned our Berkeley home into a commune. I was seven at the time.

People who weren’t in Berkeley in the late 60s and early 70s often have sugar-coated idea of what was happening then. When I tell new friends the commune story, their first reaction is to find it charming, projecting (I think) women gathering eggs from the yard together, or children learning woodworking by the fire.

But it was more like this: Six people moved in with my mom and her three kids, and there was a lot of partying — weed, LSD, booze (mostly booze) and a gradually accelerating destruction of order, modesty and safety.

There were some good aspects: One of the women taught us kids to macrame and to make dip candles, and she once let me sit in the light booth at an avant garde theater, where she worked. But sometimes we’d come home from school and the people who shared our home were tripping on acid, or having sex on the living room floor, or smashing dishes.

The grownups seemed to have abandoned any sense of responsibility. One day one of the women, a single mother who liked to walk around the house naked, encouraged my older brother to take 13 hits of acid (he was 15 at the time) and then physically attacked him because she felt he was “looking at her” too much.

My kid memories are choppy. The house became filthy, and people vomited a lot. My teeth ached with cavities, and I had a permanent little pillow of snarled hair (a “rats’ nest” my mother said) pushing out from the back of my head.  I experimented to see how many days in a row I could wear my favorite outfit, day and night, without ever taking it off: Seventeen!

There were parties, and  strangers came and sat cross-legged on our living room carpet. Sometimes there was a big pot of soup on the stove. Sometimes there was nothing but a few rotten vegetables, or some pot brownies hidden on the top shelf (and we kids ate ALL of them, despite the little twigs in them, because we were hungry). Sometimes all the adults would just disappear for a while, with no word of where they’d gone or when they’d come back.  I remember my older brother and me living off Easter candy for three days, and finally getting food from the neighbors up the street. My 3rd grade teacher quietly agreed to let me bring my toddler sister to school with me, all day, as needed. We instinctively knew to hide the situation from outsiders, fearing  the cops would be alerted and they’d throw us into foster care. Luckily (I guess) no one ever intervened.

Hippie poverty gets a bit of cache from the principled poverty of people who actually fight injustice and senseless materialism.  Our poverty looked like that, but wasn’t that.  Ours was unfocused and self-inflicted, caused by self-centeredness and plain old alcoholism. That’s why we were poor. There was no historic disadvantage, social oppression or racism at work, and therefore no special outreach or programs or organizations there to help. My parents were accomplished, themselves raised by loving parents, and theoretically capable of earning more than a middle class living. My grandfather had been a controller for Exxon, for heaven’s sake, but my mother was on and off of food stamps. We spoke like people with money, but my siblings and I did not fit in with that type at school.  We identified as, and with, poor kids. That’s what we knew. It became our culture.

In Hillbilly Elegy, Vance talks about the role his grandmother and a few other adults played in stabilizing his life and providing structure and encouragement to eventually join the Marines, then go to college, then law school, then to marry and begin a career. I too had a loving grandmother, and later, a stepfather who brought some stability to our family and pointed the way toward a path of normalcy. There were some key friends who helped me change my culture, and get back on the path of constructive living from which my mother had long before strayed.  Though our family continued to be poor, there was kindness, food to eat and daily supervision of our comings and goings. It is not an exaggeration to say that, had these supportive people not been in my life, I might not be alive today. I would certainly not be among the resilient ones.

I recently posted a video about some of the great things about growing up poor. There are a handful of advantages!

There is a hilarious Facebook group, by the way, of which I’m a member, called Your Mom Is So Berkeley. We grown-up, hippie-poor kids are starting to find each other.

At the end of his book, JD Vance (this is so awesome) talks about the Adverse Childhood Experiences (ACE) Study, and how he became aware of the ways traumatic events of his childhood affected him as an adult, especially in his relationship with his wife. He is able to tell this difficult story honestly, humbly and without self-pity, and also to describe the steps he took to separate from the negative aspects of hillbilly culture and to honor and maintain what was good. Today he lives his life among a mix of people, including some who are wealthy and powerful. He has used recent research about childhood trauma to learn and strengthen himself, and to be an example for us all. I know it’s over a year old now, but if you haven’t yet, read the book!

1 thought on “Growing Up “Hippie Poor” vs. “Hillbilly Poor”:”

This site uses Akismet to reduce spam. Learn how your comment data is processed.