Does Growing Up With Trauma in the House Make You Overweight? 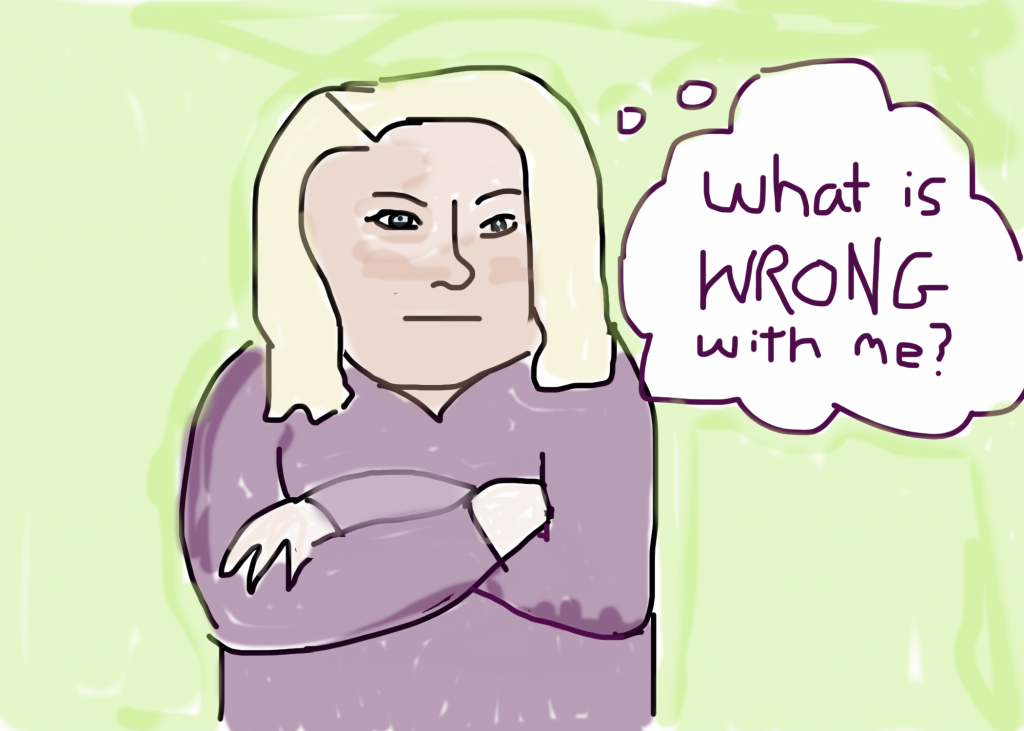 Last year was the best year of my life. For one thing, I finally lost the extra weight I’d been carrying — about 40 pounds.

I was (and am) thrilled to be back in a right-sized body. I’m happy about how I look when I try on clothes, and about how I feel when I get out of bed in the morning. I even got a super-congratulations letter from my doctor when she saw my recent blood work.

But secretly, one of the best things about my weight loss is the feeling that one major, tell-tale sign of my dark past has just become invisible. Because like so many women with extra weight, I grew up with trauma in the house.

Early trauma, it turns out, appears to influence the way our bodies handle sugar, or more specifically, the insulin released when we consume sugar in any of its forms, whether from alcohol, starchy foods, or sweet substances like sugar. Normally, the hormone leptin is secreted in response to a burst of insulin, and this tells our brains we’re full, and it’s time to get moving a little. But when insulin levels are chronically elevated, some people’s receptors will begin to block the leptin; it is secreted but never causes the “full” feeling, resulting in food cravings and insatiable hunger.

The question is, why do some people have a very stable balance of insulin and leptin, and others don’t?

In the book that guided me through my weight loss, Bright Line Eating, author Susan Peirce Thompson tells about a study in which a population of rats was exposed to an endless supply of food.

Some of the rats weren’t very interested in the extra food. They’d eat a normal amount and walk away from the dish of pellets.

But a few of the rats were extremely interested in the extra food, eating continuously and moving only when the dish was moved, so they could eat still more. These rats became obese.

But parental genes are only part of the story. When scientists isolated young normal-eater rats (which is the rat version of developmental trauma for a human child), many of these rats developed the overeating behavior and became obese.

So sometimes overeating is inherited, and sometimes it’s triggered by early trauma. We have ample evidence that this is also the case in humans — that abuse, neglect and (in particular) sexual abuse cause endocrinological and neurological changes that interact with the genetic, social and behavioral stuff — the stuff that was always assumed to be the whole cause of weight problems.

Which just explains so much. Like why weight loss regimens based on moderation  are difficult or even impossible for most people to stick with. Or why conventional wisdom-reasons for why we get fat (e.g. we want to avoid sex, we want to self-sabotage, it’s all emotional, we just haven’t been educated about a healthy diet, and so on) have never quite made sense. These are the reasons it looks like from the outside, from the perspective of people with different genes and different childhoods. But as with a lot of standard treatment approaches, we folks with childhood PTSD sometimes need a custom workaround.

It turns out the insulin/leptin imbalance can be treated and healed. The food plan I follow is pretty simple — no sugar or flour, three meals a day (no snacking) and measured portions. Unlike the many diets I’ve tried that include insulin-spiking foods like low calorie candy bars or thin sliced bread, this one helped me lose the inordinate cravings and hunger after a couple weeks, and actually feel full after a healthy and moderate meal. So I’ve been able to stick with it pretty well for about eight months so far.

Weight loss is nice. I feel less stigma coming at me, real and imagined. And here’s an even better thing: When I eat this way, it brings me a lovely mental brightness and emotional evenness that I didn’t even know was possible. I was doing well before. Now I’m galloping toward my life dreams with very few internal impediments, with a body that stays energized throughout the day and a brain that stays regulated despite life’s ups and downs.

When I tried eating “normal” food over the holidays, it tasted good but led to a sense of simultaneous dullness and agitation that I guess I used to feel all the time. According to the research, I could easily slide back into the eating pattern, and the leptin blocking problems  I’m trying to make the better way of eating the main way I eat. We’ll see what happens!

I’m a huge believer in the power and potential of the millions of people worldwide who struggle with PTSD from their childhoods. We live in a wondrous time, when discoveries are turning old ideas upside down, and healing is possible, at last!