Is Trauma From Your Childhood ACTUALLY Making You Sick? 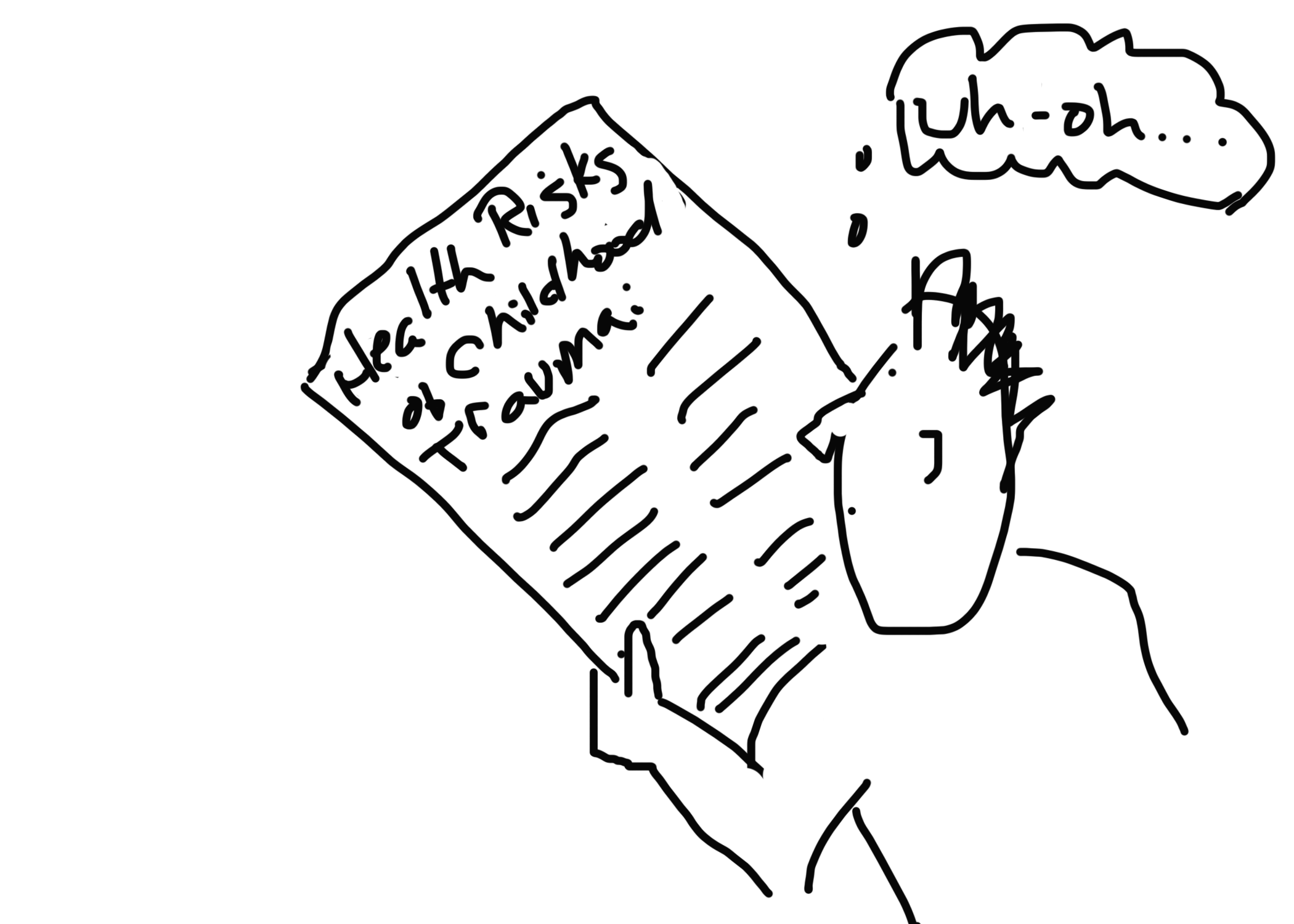 OK, I have to start with a story.

When I was nine years old my mom remarried and we moved 900 miles away from my hometown, Berkeley — away from my friends, cousins, grandparents, aunts and uncles, and (heartbreakingly) my father, who loved the hell out of me and my younger sister. He had fought my mother at every stage of her leaving — the separations, the divorce, the one-sided custody deal, her remarriage, and her decision to move with us kids to Tucson, Arizona where her new husband would begin a Ph.D program at the university.

I didn’t want to go. My dad and I cried (though never at the same time) as the day approached that we would leave. I could hardly stomach the sorrow I felt for him and his shitty new garage apartment, and I loved him, even though he trashed my mother and my new stepdad up and down. He didn’t even try to be appropriate with his anger around us kids. “She’s a whore you know,” he said at the end of our first school-break visit, dropping me on the curb where she had come to collect us. This kind of intemperance (I was nine!) made him hard to respect. I pretended I didn’t hear that, and said goodbye nicely and got out of the car.

This is when the nausea started. I felt sick to my stomach all the time, like I was about to throw up. I had no friends yet, I was sad, and I could barely eat. I thought maybe it was the water in Arizona, that maybe it was like water in Mexico and made you sick. I became meticulous about boiling all water that touched my lips, and even made myself special ice cubes from boiled water. But I still felt sick all the time. I remember once, on a school trip to the police station, we were each given two lady finger cookies, and though I was (and am) a sugar fiend, I could only force one dry bite before the nausea got me. I hid them up the sleeve of my dress, ashamed for some reason, and still more ashamed when I forgot they were there and let them fall from inside my dress when I raised my hand. I complained and whimpered for six whole months. “I think I have stomach flu!” “I think I have food poisoning!” “I don’t think I can go to school!” My mother was having none of it, and rolled her eyes. “You’re such a hypochondriac!

Here it is 40 years later, and it’s always my gut where the stress gets me. Over the years, I’ve had a spastic colon, an irritable bowel, carsickness, seasickness, reflux, c diff colitis, septic infection, wheat intolerance, and at one point, an iliostomy for four fricking years (long medical story for another time). These all seemed like disconnected problems, like I was just unlucky. And then I read about the known health effects (including chronic gastroinstinal disorders) of “adverse childhood experiences,” or ACEs. These health effects  were documented in a landmark study conducted by Kaiser Permanente and the Centers for Disease Control, beginning in the 1990s, and continuing today.

The ACE study and many other studies following have confirmed a strong connection between a history of adverse experiences — things like exposure to violence, parental alcoholism, loss of a parent — and health and social problems later as an adult. The severity of exposure is measured with something called the ACE score, which is a tally of how many adverse experiences, out of ten of the most common, a person has had. The higher the ACE score, the more adult problems people seem to  have.

You would expect that adverse experiences would lead to a higher rate of things like depression or addiction (and they indeed do). But what surprised me was that people who had had trauma as a child had higher rates of physical problems like heart disease, cancer, multiple sclerosis and diabetes. Some examples include:

Figures cited from “Childhood Disrupted: How Your Biography Becomes Your Biology and How You Can Heal” by Donna Nakazawa. Atria Books, 2015.

We now know that “toxic stress” from childhood adversity can damage the structure and function of a child’s brain. This intense and long-lasting stress also changes a young person’s biology, emerging many years later as problems with emotions, cognitive abilities and chronic disease.

The following list of problems associated with a high ACE score includes only some of the most common. There may be many others. It’s important to know that people with high ACE scores may develop several of these problems, just a few, or none at all.

There is hope for healing! I’ll go deeper into this information in coming posts. But if you want a powerful tool to start healing the effects of trauma right now, try this technique my friend showed me.